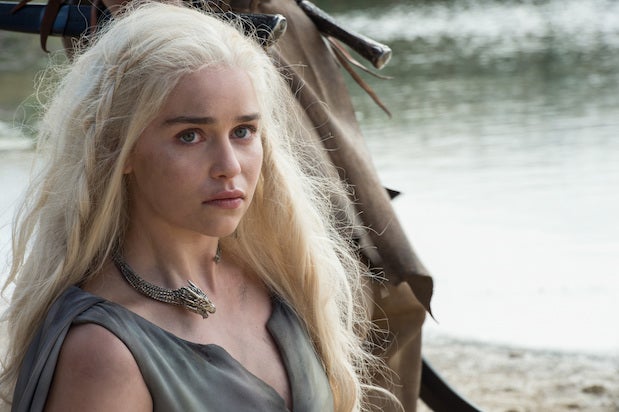 If you just can’t wait to be reunited with your favorite “Game of Thrones” characters on Sunday, Spotify has set up a way for you to rock out with them in spirit instead.

The streaming music company launched a music-matching quiz this week ahead of the return of HBO’s fantasy hit series. Pick five artists or bands who represent your own musical tastes best, and Spotify picks the “Game of Thrones” character you’d most likely want to share earbuds with.

If you’re already a Spotify user, the service will scan your own listening to find your “Game of Thrones” playlist doppelganger.

Love classic rock? So does Ned Stark! Let’s hope you don’t end up just like him, though….

If you end up getting paired with a lame character like Gilly or Theon Greyjoy, sorry, the character’s musical profiles are coming straight from a solid source. Spotify worked with HBO and “Game of Thrones” music supervisor Evyen J. Klean to create the characters’ playlists.