The “Blacklist” fandom, still reeling from the departure of series star Megan Boone after eight seasons, was rocked last week by the sudden announcement from creator Jon Bokenkamp that he would be stepping down as co-showrunner and exiting the show. With a ninth season on the horizon and a controversial season finale in the rearview, fans have been left to wonder what will become of their favorite show when it returns this fall without two of its key players — and whether or not they’ll keep watching.

“The Blacklist” launched in 2013, with Boone starring as FBI agent Elizabeth “Liz” Keen alongside James Spader as criminal mastermind Raymond “Red” Reddington. The initial premise of the series was that the pair would team up to hunt down the names on Red’s “blacklist” of dangerous criminals, with the exact nature of Red’s connection to Liz and their shared backstory serving as one of the driving mysteries throughout the eight seasons.

Heading into last week’s finale, with Boone’s exit having been planned well in advance, all signs pointed to the show finally delivering answers. The recap-heavy penultimate episode had already tied up a number of loose threads, leaving just one question unanswered: Who is Raymond Reddington? 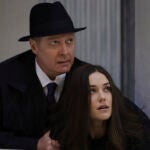 But the finale, which aired on NBC on June 23, didn’t answer that one either, not really. Boone’s character — spoiler warning — was killed off at the end of the episode without getting the answers that she was promised. Both episodes seemed to hint at a popular fan theory about Red being Liz’s birth mother, but no outright confirmation was provided before Boone’s character died on screen.

The backlash from some segments of the fanbase was swift.

Bokenkamp said in his statement announcing his departure that he “genuinely believe[s] the series remains full of life, creatively strong, and that bright days lie ahead,” and his co-showrunner, John Eisendrath, remains aboard. But the responses to Bokenkamp’s tweet suggest fans aren’t seeing the situation the same way. Several pledged to stop watching the show altogether.

“Absolutely the worst finish ever! How could you do that to the fans who have spent 8yrs supporting you and the show,” wrote one disappointed fan, drawing the inevitable “Game of Thrones” comparison. Wrote another, “I have no trust at all now about what the next season will be. Interesting times.”

Even the more supportive comments contain a tinge of bitterness. “Grateful for the characters you created and the actors who made us love them all these years. I wish things had ended differently for all of us,” reads one of the most-liked responses. 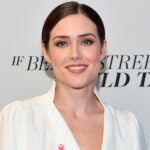 “The Blacklist” was a ratings hit upon its premiere, but the aging series has seen viewership decline over the course of its run as viewers increasingly shifted away from broadcast and live TV. The finale drew just 2.1 million same-day viewers and a 0.2 rating in the 18-49 demo, a series low on both counts. However, “The Blacklist” has proven to be a strong performer on Netflix, which claimed the off-network rights to the show in 2014 with a hefty deal that helped offset some of Sony’s production costs.

“The Blacklist” is set to return to its Friday night timeslot this fall, with Spader taking over as solo lead, joined by series regulars Diego Klattenhoff, Amir Arison, Hisham Tawfiq, Laura Sohn and Harry Lennix. Whether or not fans will tune in to see if Season 9 finally delivers the answers they’ve been waiting for remains to be seen.