Must of the Month

A great way to celebrate Pride this year is with The Signifyin’ Works of Marlon Riggs, a Criterion Collection box set that pays tribute to an essential voice in LGBTQ+ cinema and Black filmmaking. Before his death of HIV/AIDS complications in 1994, Riggs created a vital body of work that includes the sensual and poetic “Tongues Untied” — a film decried on the senate floor by Jesse Helms, and recommendations don’t come much higher — the incisive documentary “Color Adjustment,” about the history of Black characters on American TV, and brilliantly moving personal and experimental films like “Black Is… Black Ain’t” and “Non, Je Ne Regrette Rien (No Regrets).” This compilation of a singular artistic voice belongs in every library.

Carrie Coon and Jude Law gave firecracker performances in the under-seen “The Nest” (IFC/Shout Factory) from director Sean Durkin (“Martha Marcy May Marlene”). It’s a story of an unraveling marriage that bears comparisons to “Who’s Afraid of Virginia Woolf?” but it’s also a portrait of 1980s rapaciousness captured with every shoulder pad and popped collar intact. And if you’ve somehow failed to jump aboard the Carrie Coon train, her work here will convince you she is one of this generation’s most dynamic actresses.

Also available: Pedro Pascal and Jay Duplass star in the acclaimed sci-fi saga “Prospect” (Gunpowder & Sky); “City of Lies” (Saban) casts Johnny Depp and Forest Whitaker as, respectively, an LAPD detective and journalist out to uncover the truth about the murder of Notorious B.I.G.

The #MeToo movement is a global phenomenon, and “Nina Wu” (Film Movement) caused a sensation in Taiwan with its story of a small-town actress traveling to the city for her big break in movies, only to cope with an abusive director whose behavior triggers a trauma from her past. The film premiered at Cannes and was honored at numerous film festivals before being released to critical acclaim across the globe.

Also available: Potentially fatal illnesses and their ripple effect on family members are at the heart of two new Nigerian features, “Last Request” and “Last Days” (both IndiePix Films); “The Columnist” (Film Movement) turns homicidal when she becomes the subject of attack by social-media trolls; over the course of “Three Summers” (Icarus Films Home Video), a Brazilian housekeeper (Regina Casé) strives to break out of a rigid caste system; Andrei Konchalovsky’s acclaimed “Sin” (Corinth Films) examines Michelangelo as both a legendary artist and a political animal, contending with the agendas of the Medicis and the Vatican.

Based on the manga series, “The Great War of Archimedes” (Well Go USA Entertainment) looks at the Japanese navy’s efforts to build the world’s largest battleship; Japanese Oscar entry “True Mothers” (Film Movement) examines the life of an adoptive family and what happens when the birth mother shows up to demand the return of her son; Fabrice du Welz’s Ardennes trilogy concludes with “Adoration” (Altered Innocence), shot in 16mm. 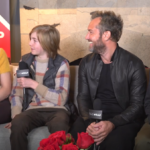 Also Read:
‘The Nest': Jude Law on Telling a Tale of a Family Torn Apart by Greed (Video)

In an era when so many documentaries about living legends of music avoid topics that their subjects would rather not discuss — looking at you, Bee Gees documentary, and your insistence that the “Sgt. Pepper’s Lonely Hearts Club Band” movie never happened — it’s interesting to see how a film like the posthumous “Who Is Harry Nilsson (and Why Is Everybody Talkin’ About Him)?” (MVD Visual) can celebrate a singer-songwriter’s genius while also taking a clear-eyed look at his demons. “Harry Nilsson” is a celebration of an American original and a reminder of his irreplaceable musical legacy. 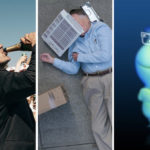 We thought we’d laid Jigsaw to rest, but the recent “Spiral” indicates that the franchise might be getting a second wind. So it’s probably as good a time as any to start all over again with “Saw”: Unrated (Lionsgate). And if you’re the kind of viewer who wants to get the sharpest look possible at the film’s trademark industrial grime and bodily violations, the film is now available in 4K.

The legendary Sheila McCarthy plays a mourning grandmother whose grief goes to some very dark places in “Anything for Jackson” (Shudder/RLJE); creature features are a dime a dozen, but 1980s cult classic “The Being” (Code Red) is the only one that features a cast that includes Martin Landau, Dorothy Malone, Jose Ferrer, Ruth Buzzi, and Kinky Friedman; an all-girl punk band finds themselves reduced to “Spare Parts” (RLJE Films) by a crazed fan who turns them into battling robots.

“The Stylist” (Arrow) does hair by day and builds her scalp collection as a serial killer by night; she should compare notes with “The Love Butcher” (Code Red), a gardener who transforms into a killer by putting on a toupee; Hal Needham directs “Body Slam” (Kino Lorber), a goofy comedy about an impresario who marries pro wrestling and rock and roll; Senta Berger stars in the Hitchcockian giallo “Puzzle” (VCI Entertainment); “Undercover Punch & Gun” (Well Go USA Entertainment) offers up cops, MMA, drug rings, smugglers, and double-crosses.

One of the reasons I’m obsessed with the rise of Cannon Films in the 1980s is that while the scrappy independent studio was churning out ninja and breakdancing epics — which are great in their own way — they were also providing opportunities for auteurs like John Cassavetes, Jean-Luc Godard (still waiting for that “King Lear” Blu-ray), and Robert Altman, whose “Fool for Love” (Scorpion/Kino Lorber) is a fascinating adaptation of the Sam Shepard play, and not just because Shepard himself plays the male lead. A highlight of the filmed-theater period of Altman’s career, it’s also one of the first films that gave Kim Basinger the chance to tackle a meaty role, and the movie is permeated with a sense of sweaty claustrophobia that’s perfect for the material. It’s not a title that often comes up when people discuss Altman’s career, but perhaps this new Blu-ray will boost its reputation.

Also available: Speaking of film history that’s in need of reappraisal: Mae West was a huge star of early talkies, and her bawdy plays and films frequently riled censors and prompted debates (and even court fights) about what could be said and shown on stage and screen. Her screen legacy should no doubt reach a whole new viewership thanks to Kino Lorber’s Blu-ray release of nine of her biggest hits: “She Done Him Wrong” and “I’m No Angel” (both co-starring Cary Grant), “My Little Chickadee” (where she gets to play off W.C. Fields), “Klondike Annie,” “Night After Night,” “Belle of the Nineties,” “Goin’ to Town,” “Every Day’s a Holiday,” and “Go West, Young Man.”

“The Railway Children” (Kino Lorber) was a popular adaptation of the novel and then, later, a staple of 1970s weekend-afternoon television; a groundbreaking American film about race, “One Potato, Two Potato” (Scorpion/Kino Lorber) stars Barbara Barrie and Bernie Hamilton as an interracial couple facing prejudice in the courts; Kino Lorber offers a pair of vintage British mysteries: the comedy “Who Done It?” — featuring a pre–“Yakety Sax” Benny Hill — and “The Blue Lamp,” co-starring Dirk Bogarde in one of his earliest major film roles; the collective charm of Jennifer Connelly and Frank Whaley goes a long way to making “Career Opportunities” (Kino Lorber), a lesser John Hughes script, as fun as it is.

Director Dee Rees made a powerful debut with the moving lesbian coming-of-age film “Pariah” (The Criterion Collection); from swashbuckling in “Cartouche” to spying in “Le Magnifique” (both Kino Lorber), Jean-Paul Belmondo could do it all, particularly with Claudia Cardinale and Jacqueline Bisset (respectively) by his side; Alistair Sim plays a mild-mannered hit man in the dark comedy “The Green Man” (Kino Lorber); a box-office disappointment in its original release, “Major Dundee” (Arrow) has gone on to occupy an important role in the filmographies of both leading man Charlton Heston and director Sam Peckinpah; a legendary photographer of the rich and famous gets her moment on camera in the documentary “Tina Barney: Social Studies” (IndiePix Classics).

Masaki Kobayashi’s nine-hour “The Human Condition” (The Criterion Collection) is considered to be one of the essential, landmark war epics of the entire history of cinema; the four-disc Scars of War collection (Mill Creek Entertainment) features a quartet of diverse looks at the Vietnam War and its after-effects: Brian De Palma’s “Casualties of War,” Alan Parker’s “Birdy,” Louis Malle’s “Alamo Bay,” and the vintage “Summertree,” one of only two films directed by singer-songwriter Anthony Newley and starring a young Michael Douglas; hip-hop satire “CB4: The Movie” (Kino Lorber) makes its Blu-ray debut, as does the infamous “Just a Gigolo” (Shout Factory), a film mainly known for the once-in-a-lifetime pairing of David Bowie (in the title role) and Marlene Dietrich; Marco Bellochio’s still-controversial “Devil in the Flesh” (Icarus Films Home Video), from 1986, mixes inflammatory politics and explicit sexuality in a way that few films before or since have dared. 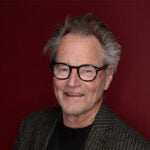 Celebrate the show that revolutionized summer programming – they dared run new episodes when networks traditionally just offered reruns – with a summer binge of “Beverly Hills 90210”: The Ultimate Collection (CBS/Paramount). This set lives up to its name by offering not only the complete ten-season run of the original hit but also the deserved-to-be-renewed 2019 show “BH90210,” in which the cast of the show played “themselves” as they attempted to reboot their former hit.

Also available: OK, not to make blanket statements about dads in general, but if you’re stumped for a Father’s Day gift, two can’t-miss options are “Baseball: A Film by Ken Burns” (PBS) or “CSI: NY: The Complete Series” (CBS/Paramount).

It’s always a treat when the Watergate-era made-for-TV thrillers of my youth get a Blu-ray release, and kid me was absolutely freaked out by Valerie Harper driving for her life in “Night Terror” (Scorpion/Kino Lorber); some of the small screen’s best animation is on display in “Genndy Tartakovsky’s Primal: The Complete First Season” and “Infinity Train: Book Two” (both Warner Bros. Home Entertainment); there’s more fin-de-siècle terror and wide-eyed wonderment from Dakota Fanning in “The Alienist: Angel of Darkness” (Warner Bros. Home Entertainment).

Mill Creek Entertainment continues its gorgeous steelbook collection of the influential Japanese “Ultraman” series with “Ultraman: Ultraman Leo,” the seventh and final season of the show’s first wave; the saga continues in “Power, Book II: Ghost” (Lionsgate); and two very different series recently wrapped, and you can have it all with either “Supernatural: The Complete Series” and “Fuller House: The Complete Series” or, if you’ve been keeping up all along, “Supernatural: The Fifteenth and Final Season” and “Fuller House: The Fifth and Final Season” (all Warner Bros. Home Entertainment).