As we mortals inch closer to Labor Day, we take a moment to ask for unity in our country and, for the love of God, some details about rich people on huge boats.

If you can’t afford to hop over to Bora Bora, let TheWrap tell you how Oprah Winfrey and Barack and Michelle Obama got there (Spoiler: a mogul took them. On his boat).

Find out what power couple ignored the beach to party on a glacier, what media executive hiked a Colorado mountain for a birthday party with billionaires and of course where the newborn twins of Beyonce and Jay-Z are getting some R&R.

Also Read: Moguls on a Boat Rewind: See Where 14 Executives Kicked Back in 2016 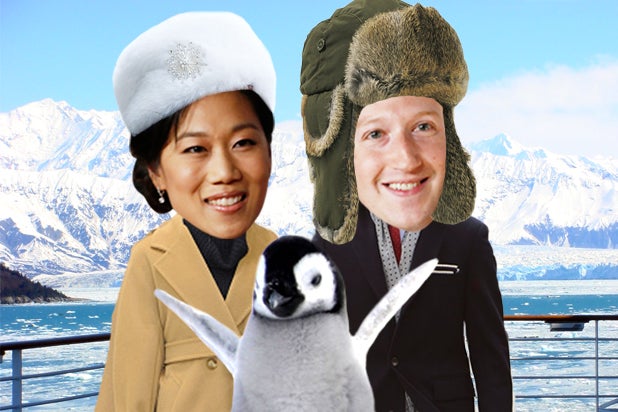 WHO: Mark Zuckerberg and Priscilla Chan, on Grewingk Glacier in Alaska
STATUS: This mogul added an additional $4 billion to his net worth in 2017, elevating him to the world’s fifth richest man at $72.7 billion per Forbes. To cool off all that hot cash, Zuck and Prisc visited a “huge, healthy” glacier this July. The vacation also doubled as a babymoon for Chan, who is expecting their second child. Post-delivery, Dr. Chan will get back to running a charitable initiative named for the couple, which will spend a reported $50 million this year on programs promoting education and health. 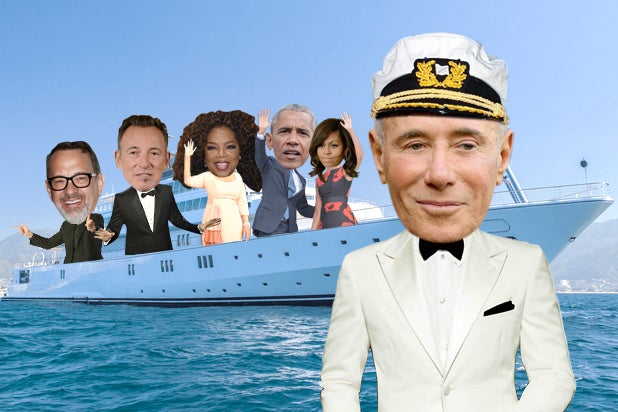 WHO: David Geffen, on his $300 million yacht Rising Sun with Barack and Michelle Obama, Oprah Winfrey, Tom Hanks, and Bruce Springsteen in French Polynesia.
STATUS: In what must have been one of the most epic social voyages to set sail in our time, the stubbornly-retired music and movie honcho invited the Obamas, Oprah, The Boss and Hanks for a jaunt down the South Pacific this spring. Activities included a lunch date on Vanilla Island and then a tour through Bora Bora, said Travel + Leisure. Geffen has a net worth of about $7.7 billion as of summer 2017, and is no longer an active entertainment executive. He recently donated $100 million to New York’s Museum of Modern Art, which will reportedly name a wing for him in the coming months. 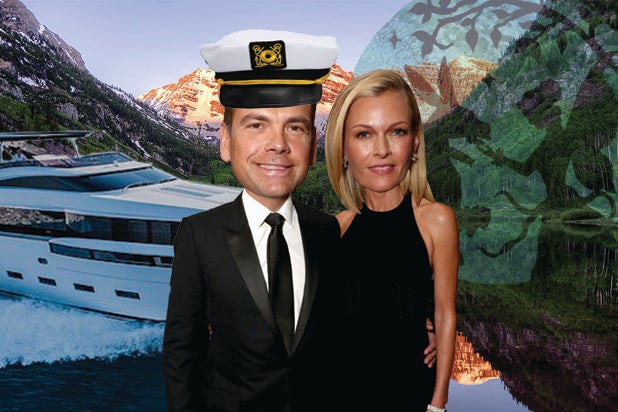 From left: Lachlan and Sarah Murdoch

WHO: Lachlan and Sarah Murdoch, in Aspen, Colo.
STATUS: The Executive Chairman of 21st Century Fox and Co-Chairman of News Corp strayed from summer staples like the Hamptons or Malibu, attending a birthday bash for a member of his “Aussie posse.” Lachlan and wife Sarah hit up the luxe mountain town in celebration of Ericka Packer, the ex-wife of billionaire, producer and former Mariah Carey fling James Packer. The “Midsummer Night’s Dream” themed bash was also attended by actor Orlando Bloom. Lachlan’s year has been a doozy, as Fox faces a culture rife with sexual harassment claims (many ended in financial settlements). In August, he stepped out of line with his conservative father Rupert Murdoch (an informal advisor to the President) in decrying Donald Trump’s divisive response to white supremacists marching in Charlottesville, Va. The bright spot? 21st Century overshot earnings expectations this quarter, to the tune of $6.77 billion in revenue. 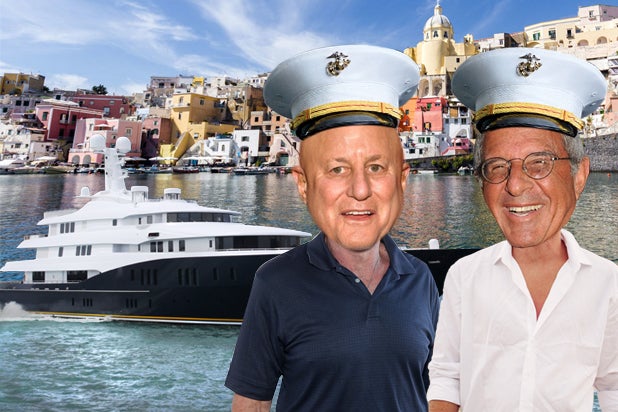 WHO: Ron Meyer on Ron Perelman’s $125 million yacht C2 off the Amalfi Coast
STATUS: Vice Chairman of NBCUniversal Meyer, who advises the Comcast company on strategic moves in film, TV and theme park businesses, kicked back with pal Perelman off the gorgeous Italian coast. Perelman is a longtime M&A magnate and shareholder in Revlon cosmetics among many other companies. The men also had a neighbor in the water in … 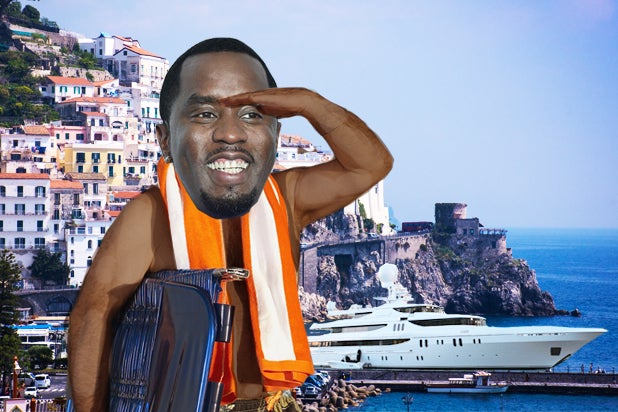 WHO: Sean “P. Diddy” Combs, also off the Amalfi Coast on the $46 million chartered yacht Double Down
STATUS: This rapper-mogul’s brand is synonymous with wealth and luxury, but Combs stormed the annual Forbes Celebrity 100 List as the top-earning famous person of 2017. A stake sale in his fashion company Sean John landed him $70 million last fall. That, with investments in liquor and media companies, delivered him a career-best haul of $130 million. 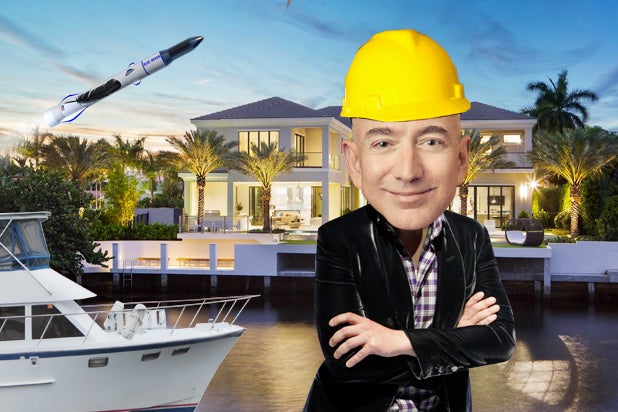 WHO: Jeff Bezos, at his rocket factory in Huntsville, Florida.
STATUS: Not content with Amazon’s footprint on the American retail experience, Bezos did not take off to Necker Island with Richard Branson or touch down in St. Barth’s this July — he cozied up to a Florida swamp where he’s got a massive rocket factory. The second-richest man in tech ($80 billion, as of August) is babysitting his startup Blue Origin. The sales pitch is a fleet of reusable rockets you can “launch, land and repeat” that will also carry passengers. Bezos teased construction on the joint with a drone-shot Instagram video, that ended with a closeup of him on a folding chair on the roof of the building. Also hard at work … 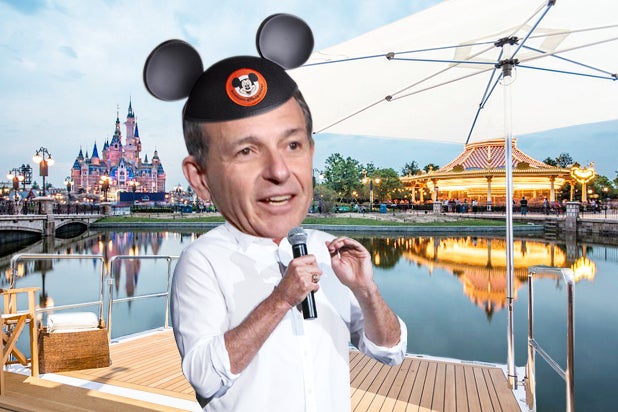 WHO: Bob Iger, at Disneyland Shanghai
STATUS: You don’t create a market-eating entertainment Goliath like the modern-day Walt Disney Company by sitting around on vacation, right? Ask Iger, who is so indispensable he extended his contract to remain Disney’s CEO while the board of directors vets possible successors. Only days after resigning from Donald Trump’s Business Advisory Council at the start of summer, Iger jetted to China to celebrate the one year anniversary of Disneyland Shanghai. The park is a hit, overshooting projections and hosting 11 million visitors in its first year. The success may have emboldened Iger, as Disney shocked Hollywood in August by announcing in third quarter earnings that they would withdrawal their films from Netflix and launch a proprietary streaming service. Iger also sold a boatload of stock just ahead of that announcement, so either way he’s swimming in it. 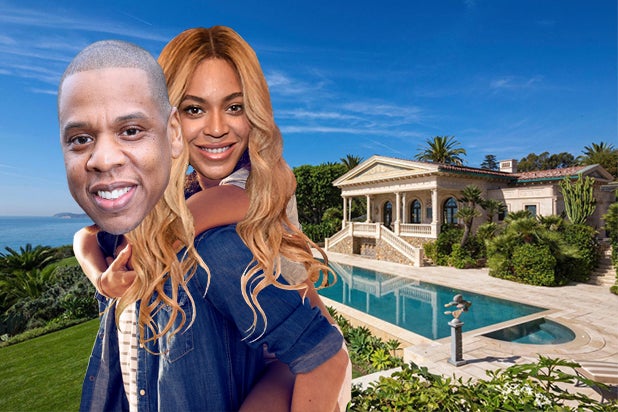 WHO: Beyonce and Jay-Z, in Malibu, Ca.
STATUS: The husband and wife are artists, top-tier influencers and as close to American royalty as it gets. They also spent their summer close to home, nursing newborn twins at a Malibu rental pad that goes for $400,000 per month. When Beyonce isn’t busy changing diapers, she’s counting cash. The “Lemonade” singer’s net worth ballooned to $350 million in 2017, mostly thanks to her sold-out Formation World Tour which earned a quarter of a billion dollars. Jay-Z, who released a simple and soulful album this summer called “4:44,” counts a reported $810 million net worth. They’re leaving the Malibu for Bel Air, by the way, but the rent is a bit higher — they just bought a megamansion for $90 million.

Here Are the World's 10 Richest People, From Jeff Bezos to Charles Koch

The Amazon founder just recently passed Bill Gates. See who else is on the list

Amazon founder and CEO Jeff Bezos shook up the rankings of the world's wealthiest on Thursday, narrowly surpassing Microsoft co-founder Bill Gates. Scroll through to for a countdown listing Forbes' top list of billionaires.