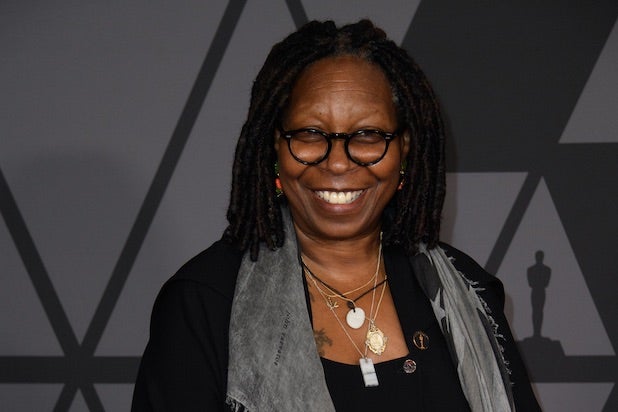 Whoopi Goldberg will be facing 18 other actors who want her seat on the Academy of Motion Picture Arts and Sciences’ Board of Governors, the Academy revealed to its members on Friday.

The Academy posted the list of candidates for the board from all 17 of its branches, with incumbent Actors Branch governor Goldberg going up against a slate of challengers that includes past governor Ed Begley Jr., as well as Richard Dreyfuss, James and Stacy Keach, Tim Matheson, Joe Pantoliano, Lou Diamond Phillips and Rita Wilson, whose husband, Tom Hanks, served on the board for many years.

But the Makeup Artists and Hairstylists Branch, in which incumbent Kathryn Blondell was ineligible to run again, has only a single candidate, Linda Flowers.

Blondell, film editor David Tronick and casting director Lora Kennedy could not run for re-election because of term limits that restrict governors to three consecutive three-year terms. Tronick had served the full nine years, while Blondell and Kennedy had each served seven years, beginning with special one-year terms that began in 2013. But because a new three-year term would place them at 10 years, over the limit, they weren’t eligible to run.

Of the 14 governors who were eligible for re-election, only Albert Berger from the Producers Branch declined to run. Berger, who would have been running for his third term, told TheWrap that he supports a six-year term limit for governors, which would bring the board in line with other Academy committees.

A number of former governors are in the running to return to the board, including Michael Mann and Reginald Hudlin in the Directors Branch, Mark Mangini in the Sound Branch and Jon Bloom in the Short Films and Feature Animation Branch.

Voting will take place next week, beginning on June 1 and ending June 5. A single round of voting, which will use the preferential system of counting to determine each branch’s consensus favorite, will be used. In past years, the governors election had used the first round to narrow the field to four, and a second round to pick the winner. Historically, incumbents have won re-election to the AMPAS Board of Governors about 75% of the time.