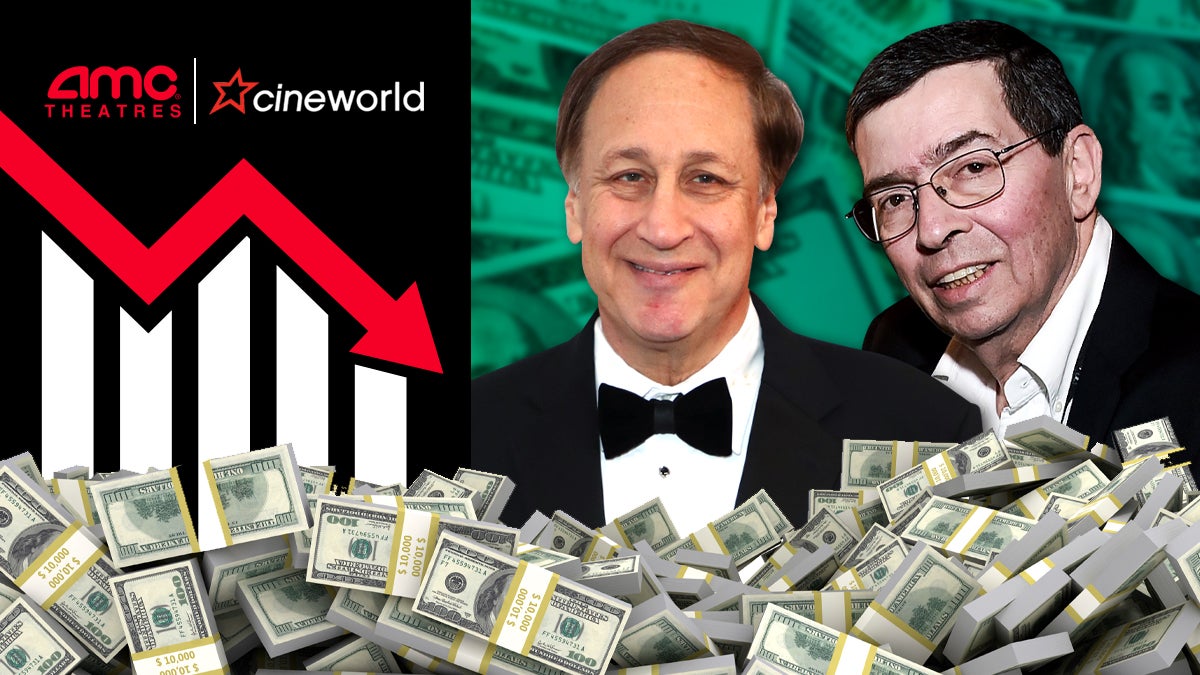 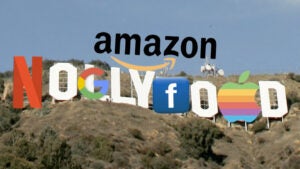 While CEOs at Disney slashed their pay, top execs at AMC Theatres and Regal parent Cineworld were rewarded even as their companies lost billions

While some Hollywood companies like Disney lowered the pay of their top executives as stock prices and revenue collapsed due to COVID-19, compensation for CEOs of the world’s two biggest cinema chains saw the biggest surges of any entertainment company — how does that work?

Earlier this year, AMC Theatres reported that compensation for CEO Adam Aron rose from $9.6 million in 2019 to $20.9 million in 2020, even as the company lost $4.6 billion in 2020 and was forced to close hundreds of locations worldwide and furlough 26,000 employees. (Almost all of its U.S. jobs have been recovered as AMC has reopened its 593 domestic locations in recent months.)

At Regal Cinema’s U.K.-based parent company Cineworld, meanwhile, CEO Mooky Greidinger and deputy CEO Israel Greidinger saw their compensation get cut in half from just over a combined £3 million to £1.44 million (roughly $2 million). But in January, despite staunch opposition from some shareholders as the company lost £3 billion ($4.3 billion) in 2020, the brothers were approved for a long-term incentive program that could see them receive up to £65 million ($92 million) in stock awards if Cineworld’s stock price rebounds to pre-pandemic levels.

Within Hollywood, the few other CEOs who saw significant surges in their compensation led companies whose share price rise during the pandemic, namely Netflix CEO Reed Hastings and co-CEO Ted Sarandos, as well as Apple CEO Tim Cook.

But AMC and Cineworld’s stock haven’t seen such fortune. Cineworld’s stock, which has never exceeded £4 per share, is currently selling at 92 pence, down from a peak of £3.18 on the day “Avengers: Endgame” was released on April 26, 2019. The Greidingers are set to begin receiving stock awards if the price reaches £1.30 per share.

AMC has fared better this year, with its price closing just over $26 last Friday after languishing at around $2 for much of 2020. But that Wall Street bump has less to do with the company’s performance or renewed confidence in movie theaters than a Reddit campaign and 3 million new shareholders seeking boost the stock of pandemic-battered brands like GameStop. Even with the influx of WallStreetBets investors who want to stick it to short-sellers, AMC’s stock is still down from a five-year peak of just under $35 per share at the end of 2016.

Not every CEO of a major theater chain has seen such a significant surge. The nation’s No. 3 cinema chain, Cinemark, handed CEO Mark Zoradi a more modest pay increase, from $6.3 million in 2019 to $6.9 million in 2020. (The bump came mostly from stock awards as his base salary dropped from $1.1 million to just below $750,000.) And Marcus Theaters, North America’s No. 5 chain, kept CEO Rolando Rodriguez’s salary flat, at just over $2 million.

Why would companies reward top executives when their bottom line was battered? James Reda, an executive compensation consultant at Gallagher, described the bonuses of CEOs like Aron and the Greidingers as “combat pay” meant to encourage executives to stick around through the hard times when competition for executives in the business world is still intense.

“From a shareholders perspective, you basically want to have continuity of leadership. If there’s any hope of increasing shareholder value, post-pandemic you want to have good leaders and management,” Reda said. “It could turn out that two or three years from now the theater experience as we know it could be unalterably changed for the worse…and there could also be the possibility of new  relationships and maybe even being acquired or some sort of consolidation. If you don’t have good leadership, you are not going to really be in a position to take advantage of that, whatever that may be.” 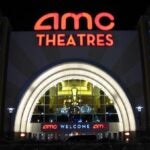 Cinema chains are not the only COVID-battered industry that’s paying top dollar to CEOs. In the cruise industry, another sector hit just as hard by the pandemic, Norwegian Cruise CEO Frank Del Rio saw his compensation more than double to over $36 million, despite the company reporting a $4 billion annual loss. That total includes a $2.8 million “inducement bonus” given to Del Rio on condition that he stay at the company through 2021.

In the same way, boards for multinational cinema chains are offering rewards to their top execs for stemming the tide in such difficult times. Along with stock rewards, AMC provided a combined $5 million in bonuses to Aron paid in October 2020 and February 2021. The October bonus came after Aron led AMC to make a historic theatrical window deal with Universal that guaranteed that films like “The Croods: A New Age,” “News of the World” and “Nobody” would be released during the darkest periods of the pandemic, keeping some AMC locations open where state governments allowed it.

Aron’s February bonus came after AMC negotiated new debt and equity financing worth $917 million, more than enough to get the chain through 2021 with the reopening of U.S. theaters nationwide. When explaining Aron’s compensation in an SEC filing, AMC’s board said that the bonuses were justified for executive performance that isn’t reflected by stock price or earnings reports.

“Recognizing that retention of the Company’s leadership was one of the most critical issues it faced in confronting the ongoing challenges presented by the COVID-19 pandemic, the compensation committee made a number of strategic and extraordinary decisions during 2020,” the filing read. “We believe that our exercises of discretion were reasonable and necessary in light of our executive officers’ actions in circumventing potentially catastrophic outcomes for stockholders.” 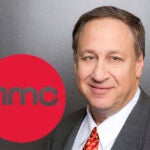 Aron has shown stubborn optimism during the pandemic, repeatedly quoting Winston Churchill in quarterly earnings calls and expressing confidence that AMC has already survived the worst the pandemic has to offer, even as the chain reported a loss of $567 million in the first three months of 2021. With blockbusters like “In The Heights” and “F9” coming this month and concession sales increasing as moviegoers slowly come back to theaters, Aron is certain there will be a recovery.

“A recovery in the movie theater industry has not yet started. It’s just about to start. You can feel it, you can taste it. You can see it just over the horizon, but it hasn’t actually started yet. And literally no one knows what the pace faster slope of that recovery will be,” Aron said in an earnings call earlier last month.

Reda says that’s the kind of fighting spirit that AMC is paying top dollar to retain, but also warns that Aron and other CEOs in embattled sectors are still under intense pressure to deliver on their pep talks. “If it turns out (CEO leadership) is a complete dud, the executives are going to be affected as well,” he said. “The next few years are going to be crucial.”

Still, “combat pay” bonuses are coming under increased scrutiny as the pandemic has widened the wealth inequality gap. According to a study of 100 S&P 500 companies published last month by the left-leaning Institute for Policy Studies, CEO pay for half of them rose 29% last year even as the average worker pay at those same companies fell 2%. In the case of all companies surveyed, the median pay for workers was less than $50,000 annually.

Co-author Sarah Anderson, director of IPS’ Global Economy Project, expressed support for the Tax Excessive CEO Pay Act, a bill introduced by Sens. Bernie Sanders and Elizabeth Warren that would increase the corporate tax rate by as much as 5% on companies where top executive pay is at least 50 times greater than that of the median pay for the company’s global workforce. While the bill is extremely unlikely to pass a divided Senate, Anderson believes that Congress must act to unwind the growing wealth inequality in the U.S.

“We have a poisoned tree that is delivering, year after year, bitter fruit for workers and the sweetest of sweet for top executives. The pay gap between U.S. CEOs and their workers has increased, on average, over 15-fold since the 1960s,” Anderson wrote. “No nation in the world has CEOs as lavishly compensated as the United States today. No nation in the developed world has workers as economically vulnerable as workers in the United States.”