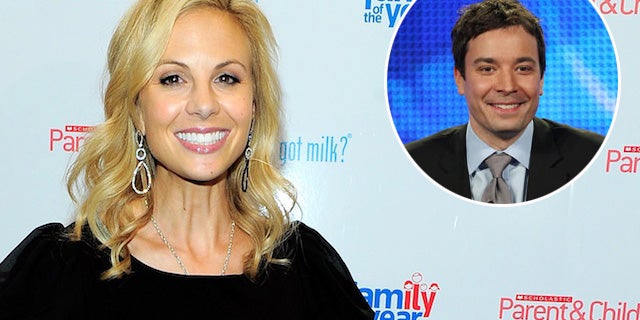 It might help to think of Elisabeth Hasselbeck as Fox News' Jimmy Fallon.

Just as Fallon is taking over NBC's "Tonight Show" while Jay Leno is still very much No. 1 in late night, Fox News is bringing in Hasselbeck to tweak "Fox & Friends" at a time when the show has about three times the viewers of its closest cable competitor.

The outgoing "View" cohost adds a face that's simultaneously fresh and familiar to a network known for its ratings dominance — and not messing with its lineup.

"It's a really smart hire," a high-ranking news executive at another network told TheWrap. "Fox doesn't make many hires, if you look at their lineup over the last decade. She's good. She's really good. They don't have anyone like her, and they jumped. I was impressed."

Hasselbeck arrives at "Fox & Friends" on the heels of CNN's attempt to remake mornings with "New Day."

"New Day" has made progress, improving 46 percent on average in its first three weeks, compared to CNN's morning lineup the year before. But it still averaged only 305,000 viewers to Fox News' 1.07 million over that three-week period. MSNBC's "Morning Joe" averaged 346,000.

Asked if Fox may have hired Hasselbeck partly in response to CNN's gains, the news executive replied: "Oh stop, no. 'New Day' has not made any mark. It's different. Give it a little time. We'll see."

Fox News barely acknowledges its competitors, and routinely declines to comment for stories like this one. Producers for MSNBC's "Morning Joe" and CNN's "New Day" also declined to comment.

But CNN also had more room to improve: It was coming off a very rough second quarter of 2012.

Rather than sticking with the status quo — and enjoying its ratings domination of its rivals — Fox is making some of its biggest moves in years. They include not just hiring Hasselbeck, moving afternoon anchor Megyn Kelly into a new primetime show, and hiring CNN's Howard Kurtz to cover media.

Hasselbeck will replace Gretchen Carlson on "Fox & Friends," who is moving to her own show in the afternoon.

The Hasselbeck move is like the one NBC is making with Fallon in that Fox, like "The Tonight Show," is making it while the show's on top.

NBC has noted Jimmy Kimmel's improvements among younger viewers for ABC, and is bringing in Fallon in an attempt to head Kimmel off before he can hook young viewers for decades.

Leno is expected to leave NBC — for good, this time. But Carlson is getting promoted: She'll lead her own show, instead of sharing a couch with with "Fox & Friends" cohorts Steve Doocy and Brian Kilmeade.

The only network not changing its early lineup is MSNBC's reliable "Morning Joe," where Joe Scarborough and Mika Brzezinski have welcomed viewers for six years.

"'Morning Joe' finds the political zeitgeist every morning," MSNBC president Phil Griffin told TheWrap. "The show sets the agenda for what people are talking about throughout the day. I couldn't be happier with it."

On "The View," Hasselbeck was known for sharp disagreements with her co-hosts, and was the sole conservative among liberals. That probably won't be an issue with Doocy and Kilmeade.

But maybe Hasselbeck will surprise everyone. In a 2007 "Hannity & Colmes" appearance, she explained her politics by saying she doesn't define herself as a conservative.

"You know, I've always been — you know, I consider myself a contemplative conservative. And my parents were independent. I never knew who they voted for," she said, later adding: "I don't define myself as conservative personally. I seriously don't. I would hope that people wouldn't do that to any of us here at the panel."