While HBO revealed a first look at its upcoming “Game of Thrones” spinoff series “House of the Dragon” back in April 2021, at the time confirming the series would be released in 2022, nearly a year later we still don’t have a release date for the new show. As it turns out, there’s a specific reason why HBO is hesitant to pin down an exact “House of the Dragon” premiere date just yet.

HBO chief Casey Bloys told TheWrap during a Web X interview on Tuesday that the unpredictability of COVID is to blame for the lack of an exact debut date for the series. “One of the reasons why we were trying to be careful with declaring a date is when you’re producing with COVID — and every show has dealt with this — crew members, cast members get it,” Bloys told TheWrap. “You can shut down unexpectedly.”

Bloys said they were trying to be “cautious about declaring a date while producing a show — a huge show — during the pandemic.” 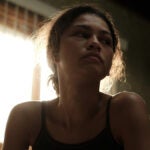 Production on “House of the Dragon” has completed, Bloys said, and we should get a premiere date soon. The series is set 200 years before the events of “Game of Thrones” and tracks the arc of House Targaryen from rise to fall, using George R.R. Martin’s 2018 novel “Fire & Blood” as the source material.

Martin is an executive producer on the series, with Ryan J. Condal and “Thrones” director Miguel Sapochnik serving as co-showrunners. The show stars Paddy Considine, Olivia Cooke, Matt Smith and many others, but while it’s far from the only “Thrones” spinoff currently in development, Bloys isn’t keen on getting ahead of himself with additional shows.

“We do have a handful of other things in development,” Bloys said, “but we’re only going to greenlight things that we really believe in and are excited about. I’m not just filling slots on a calendar saying, ‘We need a certain number of ‘Game of Thrones’ sequels or prequels.”

During TheWrap’s interview with Bloys we also asked him about another upcoming series, “Winning Time: The Rise of the Lakers Dynasty.” The show chronicles the personal and professional lives of the Los Angeles Lakers throughout the 1980s and is based on the Jeff Perlman book “Showtime: Magic, Kareem, Riley, and the Los Angeles Lakers Dynasty of the 1980s.” The show was originally titled “Showtime,” but subsequently changed to “Winning Time.” For obvious reasons, Bloys explained.

“When you think about it, we have to be realistic that in a world where there is a pay-cable network called Showtime,” Bloys told us. “If you think about we’re advertising ‘Showtime’ on HBO [it’d] be a little bit confusing, perhaps, for consumers.”

“Winning Time” debuts on HBO and HBO Max on March 6. 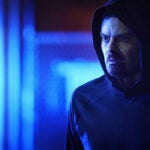