James Corden is starting the new year with some blunt honesty, explaining exactly why he’s leaving his position as host of “The Late Late Show” this year. According to the host, it “became a very easy decision” in the end.

During an appearance on “The Drew Barrymore Show” Monday, Corden explained that leaving the show had nothing to do with not enjoying it, but everything to do with his family and home life. And though he said “it’s not easy, in any way” to hang it up, he admitted that, in the end, the decision came fairly easily.

“The truth is, it became a very easy decision because I always knew it was an adventure, and I never ever considered it to be the final destination,” Corden said. 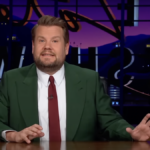 Also Read:
James Corden Guesses Elon Musk Is ‘Pretty Upset’ About Getting Booed: ‘This Isn’t the Free Speech I Wanted to Protect!’ (Video)

The host added that the decision came because of a specific moment with his son. According to the host, there was one weekend two summers ago where he was filming his Prime Video series “Mammals” where he had to work on a Sunday, specifically because he had limited availability before going back to “The Late Late Show.”

“His face just kind of dropped,” Corden explained. He added that, in that moment, he realized that in a “best case scenario,” Corden and his wife only have a few more summers where their son “even remotely wants to be around us.” So, citing his desire to be with his family, Corden said that leaving the show was ultimately the right call.

“I will be a mess on that live show. I will cry my eyes out,” Corden said. “But I will know in my core that the best thing for me, and the best thing for us as a family, is to put down some roots in London. And it feels absolutely right, in every single way.”

You can watch the full segment from “The Drew Barrymore Show” in the video above. 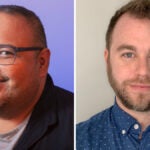