You can use visual effects and green screens to create everything from monsters to Manila if you got the dough to do it, but a uniquely lopsided, wonky cake? Not so easy. But when the big COVID shutdown of 2020 occurred, executive producers Jo Sharon and Casey Kriley had to find a creative way to maintain production to satiate the appetites of fervent fans of Netflix’s baker recreation series. The solution: baker pairs.

“It was a great way to evolve the show creatively as well as dealing with COVID, because all of those bakers have pre-existing relationships”, says Sharon, regarding this past season which involved laugh-out-loud sweet confections based on sea creatures, fast-food impostors and even recreations of Grandmas. Kriley adds: “Having teams of two, we were so thrilled to see how much more kind of energy and interaction it brought to the show.” 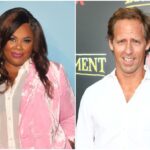 You would think the addition of even more people on set in such a precarious time of filming might give some pause, but every protocol was taken to ensure safety, including a bigger determination table which allowed for hosts Nicole Byer and Jacques Torres and their guest participant more space, and the relief of contestants typically inhabiting the same household. And Season 5 brought more funny too, with its roster of guest judges comprised almost exclusively of comedians, such as Andrea Savage, Ron Funches and Lil Rel Howrey (rapper A$AP Ferg was the one exception, and even he cracked a few jokes in multi-colored hair). “We’ve definitely noticed that the audience likes them the most”, says Sharon.

“Our bakers were so grateful just to be on that set for 12 hours and not think about what’s happening in the world, to just be silly and let loose in this kind of magical world, says Sharon about the revised format and protocols, even managing to score a pair of actual celebs as contestants in the form of the Kings: actress sisters Joey (“The Act”) and Hunter (“Life in Pieces”). Adds Sharon: “We did take so many things into consideration, like people’s age bracket, where are they traveling from, and how far and all those types of things. But they were so happy that they got to travel!”. 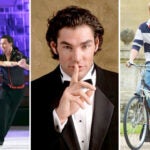 And besides the comfort of having a show that families could watch together, a key demographic for the hit show, the pandemic even allowed families and roomies to participate at home in the form of a “Nailed It! At Home Experience” that became popularized just as the nation was shutting down. Says Kriley: “There would be 700 people, families from across the nation, all participating in real time. It was really fun to watch them and just see the joy that it brought to them.”

While “Nailed It!” genially sits within the food-competition series genre, it’s also a little bit of an Emmy darling, something many similar shows strive for and do not achieve. (The show has not only broken into the Competition Series bracket, but host Nicole Byer also made history by being the first Black woman nominated as Reality or Competition Program Host in 2020.) So, what is the general secret to its success? Executive producer Sharon says it best: “It doesn’t feel heavy, it’s an escape from all the stuff happening and people definitely respond to that. And the message that it is okay to fail and okay to try something and not be great at it is a wonderful message for people, no matter what age you are.”