One of the most strikingly dramatic moments in the new Disney+ series “Obi-Wan Kenobi” so far happens at the end of Episode 2, when Ewan McGregor’s Jedi knight learns that 10 years after their lightsaber battle on Mustafar, Anakin Skywalker is very much alive – and is now going by Darth Vader.

It’s a piece of storytelling that many fans took for granted, assuming that Obi-Wan would know that Anakin made it out of Mustafar alive. And for the show’s head writer Joby Harold, the moment came about organically during the writing process – although it wasn’t without checking to ensure that, canonically, he would be correct in depicting Obi-Wan as unaware of Anakin’s survival.

“That was actually not something I pitched originally,” Harold told TheWrap during a recent interview. “That was something I discovered along the way, and sort of had to confirm with Pablo [Hidalgo] and really think, ‘Hold on a second, what does he actually know? Does he know the moniker Vader? What would that mean? Can he associate the two? What was he cognizant of? How isolated is he? Where’s Vader at that time? Where’s his reputation and how well known is he?’ and all those pieces of the puzzle.” 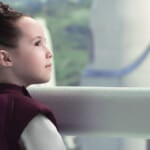 Also Read:
‘Obi-Wan’ Writer Joby Harold on That Leia Surprise and Filling Gaps in the Character’s Story: ‘Certainly It Was a Risk’

Pablo Hidalgo is an invaluable source of knowledge for anyone working on anything “Star Wars”-related at Lucasfilm. His official title is Creative Executive (and on “Obi-Wan” he’s a “story advisor”), but he is essentially the keeper of the entire “Star Wars” canon. If anyone would know whether Obi-Wan could possibly be unaware of Darth Vader at this point in the timeline, it’s him.

Harold’s goal in including this story point was to get to a place of intense drama for McGregor’s character.

“The the great piece of storytelling you can use is getting to Ewan play the moment of realization that that which haunts him is still alive,” Harold added. “And what does that mean for him? There were many avenues that I could take him down, all of which hopefully are good opportunities to tease out story as we continue. But it all comes down to, is it viable within canon to play that card? Which it was. Which is great, because that allows you, at the end of Episode 2 and the beginning of Episode 3, it gets you so much that feels essential to the fundamental story, which is Obi Wan, Vader, that which haunts you, facing the past, everything that comes to fruition in 3 and beyond.”

The writer added, “It was a good day when we realized we could use it and do it. It made the story active, especially for the viewer that isn’t as familiar with canon as we all are.”

But Harold, whose credits also include “King Arthur: Legend of the Sword” and the upcoming “Transformers: Rise of the Beasts,” praised the locked down aspect of “Star Wars” canon, explaining that there’s a strict yes or no answer for almost every question one could have.

“The spectacular thing about ‘Star Wars’ versus some of the other big franchise-y IP stuff I’ve been lucky enough to work on is everything’s so buttoned up,” the writer said. “In regards to canon and the things you can do and the things you can’t do, very, very quickly you find out what’s on the table and what isn’t. Everything’s an email or a phone call away. You sort of have a big idea and you say, ‘Hey, can I do this?’ And someone goes, ‘No’ and you go, ‘Okay fine’ (laughs). Or they say, ‘Yeah, you’re allowed to do that,’ and then we canoodle and see if it bears fruit. Pablo is this sort of mad genius, and he was incredibly helpful, and always available. And I’ll be forever grateful for his help because you can hunt any idea if he can say, ‘Yeah, if you want. You’re OK there.’” 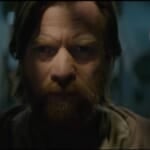