So perhaps the biggest entertainment news of the year beyond the coronavirus pandemic upending the entire industry is that Warner Bros. will finally release the Snyder cut of “Justice League” on HBO Max next year. It’s big news for many reasons, not the least of which is that this new cut will fix one of the biggest problems with the theatrical version: Superman’s messed up mouth.

You may not have even realized this was a problem as you watched “Justice League” and saw Batman, Wonder Woman, Superman, Aquaman, the Flash and Cyborg team up to defeat a big ole bad guy and save the world from some kind of harsh apocalyptic future. You just knew that something about the way Superman’s face looked was…off. Something just didn’t look right.

But yeah, you did not hallucinate that Henry Cavill’s mouth looked weird in “Justice League.” It definitely did look extremely weird in a couple scenes, and there is a reason for that.

So “Justice League,” like all big-budget movies these days, underwent scheduled reshoots prior to its release, as director Zack Snyder left the project after principal photography and Joss Whedon took over the reins. But Whedon didn’t just finish the movie that Snyder started — he also had to rewrite portions of it and significantly rejigger the plot of the film.

And as a result, those reshoots took much longer than Warner Bros anticipated. Cavill ended up with a bit of a conflict as a result: he had grown a mustache for “Mission: Impossible 6,” but obviously he couldn’t have a mustache while playing Superman/Clark Kent.

Warner Bros. dealt with Cavill’s mustache in post-production, attempting to use CGI to give Superman his normal clean-shaven look. And while, yes, you can’t see his mustache, Cavill’s upper lip doesn’t come through the process unscathed. In more than one scene in “Justice League” it’s very obvious that heavy CGI work was done on his mouth because he makes some unnatural expressions — his mouth moving in a way that is not the way Henry Cavill’s mouth normally moves.

And that’s there were parts where he looked like this: 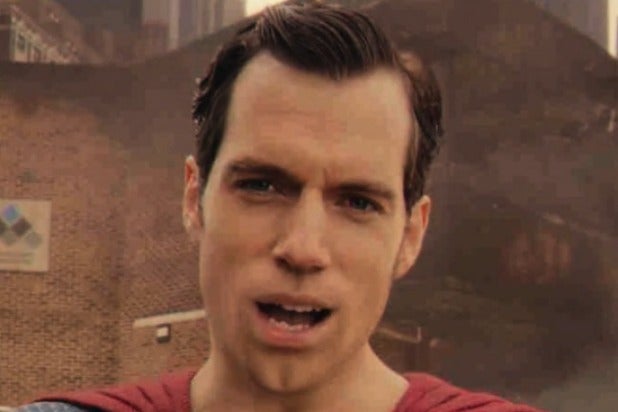 So there you have it, the answer to why Superman’s appearance in “Justice League” may have left you feeling oddly disconcerted. That’s what you call movie not-quite-magic.

But the good news is the the Snyder Cut, which will presumably make use of footage that Whedon discarded and likely won’t use any of the extra stuff that Whedon shot while Cavill had his mustache, should be able to avoid this whole issue. So that’s something to look forward to, for sure.