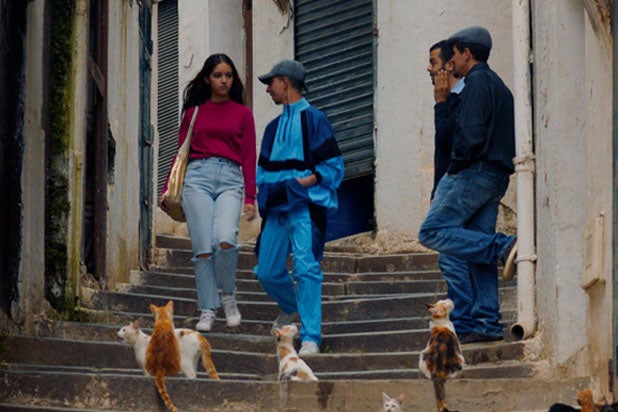 This story first appeared in the International Film edition of TheWrap’s Oscar magazine.

Only a few days before Mounia Meddour’s film “Papicha” was due to debut in Algeria, the government canceled all screenings of the movie, which deals with a group of young women in the early 1990s living through the country’s civil war and the rise of fundamentalist Islam.

The move could have disqualified “Papicha” from the Oscar race even though it was Algeria’s official submission in the Best International Feature Film category, but the Academy granted the film a waiver because its filmmakers had no control over the government’s action. (Oscar entries are chosen by independent bodies of film professionals in each country, not by politicians.)

Meddour addressed the controversy — and the challenges of making his film.

Did the government ever give you a reason why your film cannot be shown in Algeria?
No. But there is an election coming up, and I think they are worried. The film is set in 1991, during the Civil War — that was a very bad time, and I think they do not want us to be telling stories about it. Also, when we went to Cannes, the actresses and I wore buttons on our dresses that said we stood with the Algerian people. Why would we not stand with the people of Algeria? But I think the government noticed that and did not like it.

And it is a film about how women were treated, which is a subject I am sure they do not like.

Why was it important to you to make a film about that time and that subject?
It was very personal to me. I grew up in Algeria, and I lived at the university like the girls in the film. And there was one year when we could not go to school because the situation was bad. I stayed home and made clothes like Nedjma, the girl in the movie, and sold them at a very small shop near me. It was a small town, and I could walk down the street and think, “She is wearing my clothes. And she is wearing them. And she is wearing them.”

What were the particular challenges of this film?
We had to shoot it in only five weeks. We only had €1 million. That is very, very, very small, and not enough money for a longer shooting schedule. I sometimes said, “We don’t have time to shoot coverage or wide shots. We’ll shoot close-ups only.”

It was also hard because we shot during Ramadan, and the Algerian actors and crew could not eat from sunrise to sunset. We had two different areas, one for the French and Belgian crew, where we could serve lunch, and one for Algerians, who could only take naps during the lunch break. But a lot of the Algerians forgot about religion and came to the French and Belgian side to eat.