The 2022 Emmys are upon us, but this year they’re bleeding into the work week.

If you feel like you remember the Emmys are usually on Sundays, you’re not wrong. Traditionally, TV’s biggest night occurs on Sunday night just like the Oscars. So why are the Emmys on Monday this year? You can blame football.

Starting in 2014 with the Seth Meyers-hosted Emmys, when the awards show is televised on NBC, the ceremony is shifted to Monday so the network can still air NBC’s Sunday Night Football as planned.

NBC took over the rights to Sunday Night Football from ESPN in 2006, but the 2006 and 2010 Emmys ceremonies aired on Sundays. 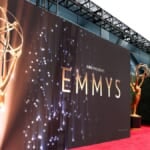 Also Read:
What Time Does The 2022 Emmy Awards Ceremony Start?

The Emmy Awards are televised on a different broadcast network every year, rotating through NBC, ABC, CBS and Fox.

This year’s show, the 74th Primetime Emmy Awards, is hosted by Kenan Thompson and is back in the Microsoft Theater for the first time since 2019 after a pair of COVID-safe ceremonies – the 2020 show was shifted to the Staples Center at the last minute with winners giving speeches from their homes or other locations, while the scaled-down 2021 show was held at the Event Deck at L.A. Live.

“Succession” leads this year’s Emmys with 25 nominations in total, followed by HBO’s “The White Lotus” and Apple TV+’s “Ted Lasso” with 20 nominations each.