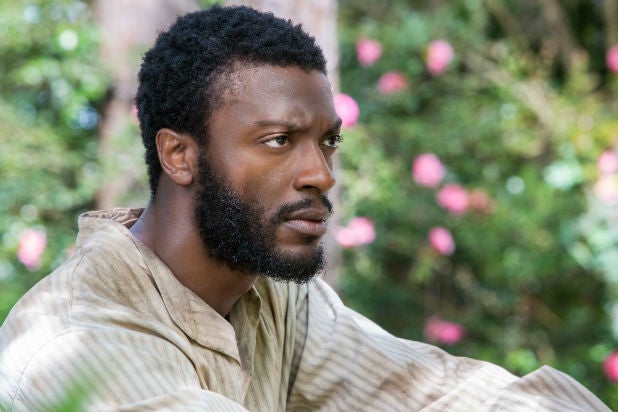 “Underground” premieres tonight on WGN America, entering the television landscape at a critical time as questions of diversity and inclusion continue to swirl.

The show focuses on a group of slaves in the pre-Civil War South who decide to make the perilous journey North in a desperate bid for freedom. Other than “Roots,” which was a miniseries, no other U.S. television show has focused on slavery, let alone the Underground Railroad.

“I’m not aware of any other show with that central storyline,” Dr. Darnell Hunt, Director of UCLA’s Ralph J. Bunche Center for African American Studies, told TheWrap. “I’m aware of shows where that theme may have occupied an episode or two … So this I think, with the exception of ‘Roots’ — which explored a different aspect of slavery — is rather unique.”

The Bunche Center has put out reports on diversity in television and film for the past three years and has come up with some startling findings on the power of shows with diverse casts.

“Underground” not only features a primarily black cast, but was co-created by black screenwriter Misha Green, known for her work on “Sons of Anarchy,” “Heroes,” and “Spartacus: Gods of the Arena.” In addition, Grammy-winning singer John Legend and noted television director Anthony Hemingway serve as executive producers.

“Underground” is thus perfectly positioned to make a big splash when it premieres, given its strong production team and the cast that includes “Straight Outta Compton” star Aldis Hodge and “True Blood’s” Jurnee Smollett-Bell.

According to Hunt, audiences want to see stories like this, perhaps even more so given the anger after the Motion Picture Academy failed to nominate a single actor of color for the Academy Awards for the second year in a row.

“Currently, the American public is about 40 percent minority and that’s increasing by about half a percent every year,” he said. “So the simple fact is the audience is very diverse and people want to see their own stories and experiences reflected on screen. So it stands to reason that a diverse audience wants to see diverse content.”

For Green and her co-creator Joe Pokaski, who worked with Green on “Heroes,” bringing this previously untold story to the screen was an exhilarating challenge.

“Just the idea of doing a show about the Underground Railroad was really exciting,” Green told TheWrap. “We started doing research and I don’t think either of us knew how interesting this story really was.”

“The more we dug in the more we realized not only has this story not been told but it’s one of the most exciting stories never told in American history,” Pokaski added.

And although the show is set in the 1800’s, Green and Pokaski believe that the message of “Underground” is incredibly relevant to today’s discussion of race in America.

“The Underground Railroad was the first integrated civil rights movement in American history,” Green said. “I think that just seeing what happened when everyone came together to fight against social injustice what could be accomplished … it to me was very inspiring. And I think it is very relevant in seeing what can we do when we all work together to correct what is wrong.”

“This was a time when everyone had a lot less than we do now, and they put it all on the line for what they thought was right,” Pokaski said. “Hopefully, this can challenge people to ask what they should be standing up for, what they should be marching in the streets for.”

“Underground” will air on Wednesdays at 10 p.m./9c on WGN America beginning tonight.