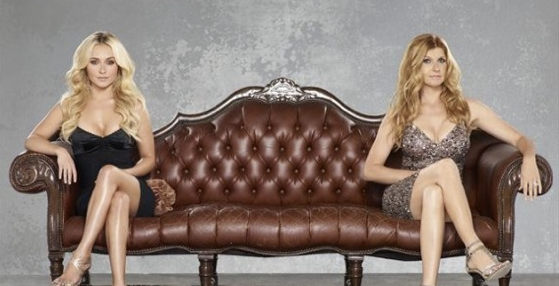 The wife of a "Nashville" crew member who wasn't invited back for the show's second season is taking the very unusual step of criticizing the studios behind the ABC drama for "endless and exhausting shoot days" and not thanking her husband for his hard work.

In a post on her personal blog that was later picked up by news outlets, Micaela Bensko, wife of production supervisor Don Bensko, said the television industry should limit production hours to protect employees. She claimed one "Nashville" crew member nearly died from falling 20 feet after a string of 14-to-19-hour work days.

But a person close to the production noted to TheWrap said there's nothing unusual about crew changes, especially after the first season of a show. The person said a gaffer fell from a ledge during shooting at Bridgestone Arena, was taken to a hospital for treatment and was released soon after.

Gripes about long hours and crews being mistreated are common. But going public with them isn't. Micaela Besko's effort to stand up for the "Nashville" crew could potentially threaten her husband's future career prospects.

"Why aren't shooting hours regulated, so men don't fall from the sky? Why is it that so many suits who are home by dinnertime to see their children, seem incapable of caring about people as much as their numbers?" she wrote.

Lionsgate, with produces the critically acclaimed show with ABC Studios, declined to comment. ABC did not immediately respond to requests for comment.

Bensko was let go at the same time as line producer Loucas George, who coordinated the show's crew in Nashville. George was told May 11, the day after "Nashville" was renewed, that his contract would not be.

Bensko was part of George's production team. George's exit spawned a USA Today report speculating that "Nashville" might leave the city for which it is named.

But the person close to the show said ABC and Lionsgate hoped to keep "Nashville" in Nashville.

The studio and network are hoping for fresh tax incentives from Tennessee to keep their show in the state.

Micaela Besko said the studios didn't call her husband with the news that he would not be back, but that "Nashville" creator Callie Khouri did.

"Upon hearing of the news, and how things were handled, she called Don. She made Don smile because she told him he mattered," Besko wrote. "She shared in the loss and that he will be missed. And she reminded me, a production wife, that there are good people in this industry who truly do wish that they could make it different."