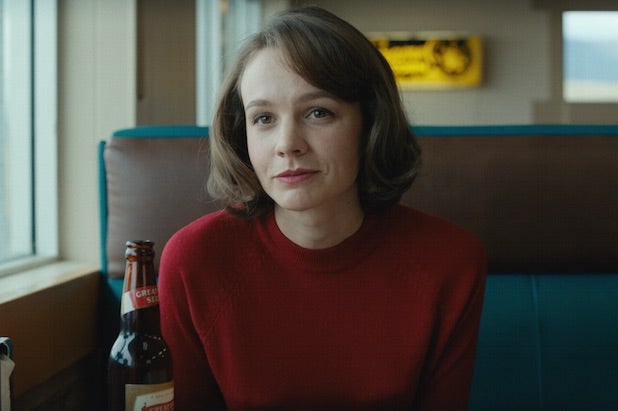 Actors Paul Dano and Idris Elba both premiered their feature directing debuts on Saturday at the Sundance Film Festival, but it would be hard to imagine two films more dissimilar than Dano’s “Wildlife” and Elba’s “Yardie.”

The latter, which TheWrap will cover separately, is a rough and violent story set in East London in the 1970s. But Dano’s film, which he adapted with his partner, Zoe Kazan, from the Richard Ford novel, is quiet and contemplative; there’s emotional tumult, to be sure, but “Wildlife” is stylishly understated and slow-paced to a degree that may alienate some viewers, who’ll find the disintegration of a family painfully drawn-out.

But those viewers were definitely in the minority in the Eccles Theatre on Saturday afternoon, where much of the audience was enthralled by Dano’s confident (if commercially iffy) directorial debut.

The novel was told in the voice of a teenage boy who doesn’t fully understand what is happening with his parents, and doesn’t really even know how he feels about it. Short and internal, with a confused narrator describing only a few days in his life, it is not necessarily cinematic material.

Jake Gyllenhaal and Carey Mulligan play Jerry and Jeanette, a married couple in their 30s who’ve moved to Montana with a 14-year-old son, Joe, played by Ed Oxenbould. When the father is laid off from his job as a golf instructor, he decides to join a volunteer crew fighting wildfires raging in the area; disgusted by his abandonment of the family for a risky job and dissatisfied with her life in general, the mother quickly jumps into an affair with an older, richer man in town (Bill Camp).

The film is spare to the point of austerity — not visually, where Dano makes good use of the open spaces of the American West, but stylistically. He sets the camera in place and lets people move in and out of the frame, introducing a slow pan only as a last resort; the pauses are deep and resonant, and these characters would just as soon respond with a look as opposed to a word.

The sound of the film is silence; while we hear an occasional song from the radio or a jukebox, much of the action unfolds against dead quiet, with the musical score used infrequently (and effectively).

The result is a careful, deliberate, slightly distanced treatment of stormy emotions — but it’s appropriate, because the characters are often as not driven not to action but to inaction by their circumstances. Joe doesn’t understand his parents or what they’re going through; Jerry responds to a humiliating layoff by taking the one step guaranteed to be nothing but a stopgap; Jeanette struggles with the overpowering feeling that her life has to change, without any real idea what that should entail.

“I feel like I need to wake up,” she says at one poignant moment, “but I don’t know what from, or to.”

Mulligan gives us a disquieting portrait of an impulsive, wounded woman trying to find some agency in a world that would rather not let her be a full person; we understand Jeanette’s frustration even if we can rarely embrace her choices (or Jerry’s, for that matter).

And Oxenbould, a young Australian actor whose profile sometimes makes him look and feel like a Dano surrogate, finds endless shades of confusion and bewilderment before he gains a glimmer of understanding.

The Eccles audience responded with generous applause, and the Q&A session grew so effusive that the moderator finally said, “Does anybody have a question that isn’t just compliments for Paul Dano?”

Plenty of buyers were on hand for “Wildlife,” but the film doesn’t exactly feel like a big-money deal in the making. With exquisite understatement, Dano has made a quiet, beautiful and uncomfortable little indie that is made for arthouses and Sundance screening rooms and will take careful nurturing if it’s to move beyond those venues.