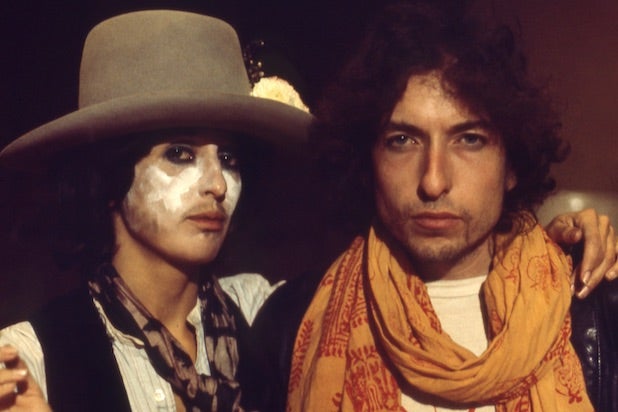 Netflix has decided to submit Martin Scorsese’s “Rolling Thunder Revue: A Bob Dylan Story” for documentary awards including the Oscars, a spokesperson for the streaming service told TheWrap on Monday.

And that decision, which came after Netflix and Scorsese spent some time figuring out how best to position the film, will likely pose at least a small conundrum for the Academy’s Documentary Branch and for other awards bodies devoted to nonfiction film.

“Rolling Thunder Revue,” after all, uses the documentary form to tell the story of Dylan’s 1975 concert tour in a way that is partly factual and partly fictional. “It seems like a stretch for the doc branch, despite enormous respect for Scorsese,” suggested one person close to the branch.

But a branch official disagreed. “I would imagine we’d accept the submission and leave it up to the voting members to decide,” the person said, cognizant of the Academy’s recent history with genre-bending films.

In recent years, the Academy has accepted docs that make use of fictional elements, including “Kate Plays Christine” and “Stories We Tell.” It has also considered others that received scrutiny and drew suspicion, among them “Exit Through the Gift Shop” (which was nominated) and “Catfish.”

“Rolling Thunder Revue” is a mixture of footage documenting Dylan’s 1975 tour of the same name and scenes initially filmed for Dylan’s own “Renaldo and Clara,” a freewheeling, four-hour fictional film in which Dylan plays “Renaldo,” his wife Sara plays “Clara,” Ronnie Hawkins plays “Bob Dylan,” and none of it makes much sense.

Scorsese’s film also includes interviews with Dylan and with a number of people who were part of the tour, including Joan Baez, Allen Ginsberg, David Mansfield, Steven Soles and others.

But while the film looks like a documentary and most of its two-hour-and-22-minute running time is devoted to spectacular concert footage and a fact-based chronicle of the tour, that’s not the case with four of the interviews that receive the most screen time.

Two of the interview subjects, Paramount Pictures chief Jim Gianopulos and actress Sharon Stone, are simply lying: He says he promoted the tour, which he didn’t, and she makes up a story about joining it as a 19-year-old, which she didn’t. Two other interview subjects are playing fictional characters: Performance artist Martin van Haselberg pretends to be filmmaker “Stefan van Dorp,” and actor Michael Murphy reprises his role as congressman “Jack Tanner,” which he first played in a 1988 HBO miniseries.

Dylan himself plays along with those fictions in his own interviews, which offer more put-on than revelation. And Scorsese also adds photoshopped photographs and fake news clippings to further the fiction.

He also doesn’t identify the “Renaldo and Clara” footage as being part of that project, because “Rolling Thunder Revue” pretends “R&C” never existed. For instance, one conversation between Dylan and Baez seems to be a revealing look at their relationship – but it was shot as a conversation between Renaldo and a Mexican hooker, so Dylan and Scorsese likely just want us to think it’s revealing.

The film is a fascinating brain tease, as much a piece of gleeful mythmaking as a true chronicle of the tour. That’s entirely in keeping with Dylan’s long history of fabricating his own backstory and remaining perpetually elusive, but does that make it a documentary?

With Netflix submitting it as such, that question will be in the hands of members of the Academy’s Documentary Branch and other awards bodies devoted to nonfiction filmmaking.

As the line between fiction and nonfiction continues to be deliberately blurred, the question of what constitutes a documentary has sometimes become a difficult one to answer. In 2016, for example, Robert Greene’s “Kate Plays Christine” purported to be a documentary about actress Kate Lyn Sheil preparing to play the role of Christine Chubbuck, a Florida newscaster who committed suicide on the air. But it wasn’t documenting Sheil’s preparations for a real film, because there was no film in which she was going to play Chubbuck – instead, Greene and Sheil simply staged everything and documented their own fiction.

But Greene’s film (which, by the way, was very good) was accepted by the Academy’s doc branch that year and put on the list of Oscar-qualifying documentaries; it also won the documentary screenwriting award at Sundance, was nominated for a Critics’ Choice Documentary Award as Most Innovative Documentary, and landed a Cinema Eye Honors nomination in the Outstanding Achievement in Direction category.

(It was also nominated for Cinema Eye’s Heterodox award, which goes to fictional films that use documentary techniques to blur the lines between the forms.)

Canadian director Guy Maddin’s 2007 film “My Winnipeg,” meanwhile, received six Cinema Eye nominations and won documentary awards from the Genie Awards and several critics groups, even though several of the stories that Maddin tells in the film are patently false.

Cinema Eye cofounder A.J. Schnack has yet to see “Rolling Thunder Revue,” but he told TheWrap that he expects it will fare similarly. “I don’t see any reason why it wouldn’t be eligible,” he said. “‘My Winnipeg’ is full of false tales and we nominated it for six awards, so, we’re pretty down for that kind of unreliable narrator thing.”

The Broadcast Film Critics’ Association, which gives out the Critics’ Choice Documentary Awards, also told TheWrap that it will be considering “Rolling Thunder Revue” for its awards in the fall.

But will the Academy agree? The answer, my friend, is blowin’ …