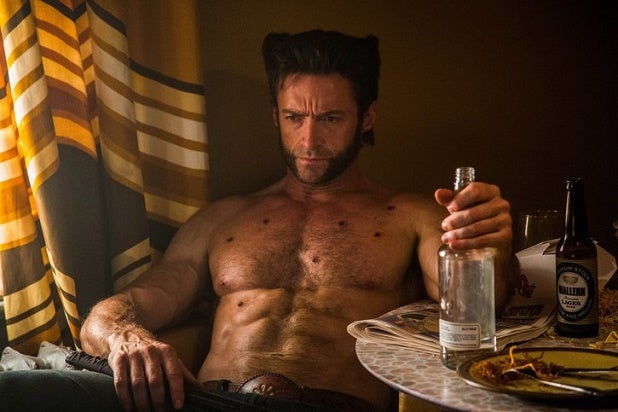 Singer was accused of drugging and raping a teenage boy in a lawsuit filed Wednesday in Hawaii, allegations that Singer has denied through his attorney.

Fox will release “Days of Future Past” on May 23, and the stakes are high.

The big-budget action sequel — the sixth in the “X-Men” series — stars Jennifer Lawrence, Hugh Jackman and a slew of other stars, and it’s expected to be one of the summer’s biggest hits. It’s too early for pre-release tracking, but 2011’s “X-Men: First Class” brought in $146 million domestically and more than $350 million worldwide.

“The ‘X-Men’ is a major franchise and it’s already rolling, so the challenge for Fox will be to protect that momentum,” Exhibitor Relations Vice President and senior analyst Jeff Bock told TheWrap.

He went on to say that “the problem is that this is going to be in the news for a while, and there’s going to be a bad association with a film that’s supposed to be mindless fun. Still, this is a Marvel project, and I doubt that its fans are going to stay away in significant numbers.”

How Singer’s legal situation plays out could be critical — not just for “Days of Future Past,” but for the next sequel, “X-Men: Apocalypse.” The film, to be directed by Singer, is currently in pre-production and set for release May 2016.

“If the allegations turn out to be true, it will extend things and make it much worse for Fox, which would have to distance itself from him and go forward,” said Bock. Fox executives hadn’t commented by midday Wednesday, but it’s hard to imagine Singer will be in the forefront of the marketing campaign now.

The time-travel story line of “Days of Future Past” reunites several characters from earlier “X-Men” movies. In addition to Lawrence and Jackman, the cast also includes Halle Berry, Michael Fassbender, James McAvoy, Peter Dinklage, Ian McKellen and Patrick Stewart. They should be able to pick up much of the promotional slack, though they are sure to be met with at least a few hard questions about their director.

The fact that the primary demographic for the movie is young fans of the comic books will help, too, said another analyst, who chose to remain anonymous.

“It’s not that they don’t care,” Bock said, “but I don’t think that crowd bases its decisions on which movies to see based on stuff like this,” he said.

Singer isn’t the first Hollywood type to have dealt with a sex scandal, of course. Actors Eddie Murphy, Hugh Grant — and Fatty Arbuckle, decades ago — were caught in legal scrapes over sexual indiscretions. Fellow directors Woody Allen and Roman Polanski have also faced fallout for years.

During the height of awards season in February, Allen’s adopted daughter, Dylan Farrow, set off a storm when she renewed claims that he had molested her when she was 7 years old.

The industry largely stayed silent at the time, and Allen’s camp mounted a behind-the-scenes campaign to protect his reputation. Sony Pictures Classics, Allen’s longtime distribution partner, stood by him as several individuals also stepped up to publicly defend Allen. Concerns that the situation would derail the Best Actress Oscar hopes of Cate Blanchett, the front-runner for her performance in Allen’s “Blue Jasmine,” proved unfounded.

Whether the claims surrounding Allen will hurt his films’ commercial prospects going forward remains to be seen. SPC is scheduled to release his latest directorial effort, “Magic in the Moonlight,” in July. Allen also has an acting role “Fading Gigolo,” which Millennium Entertainment is releasing this weekend in five theaters.

Polanski has lived in exile abroad since 1978, fleeing the United States for France after pleading guilty to unlawful sex with a 13-year-old girl. In recent years, the Oscar-winning director has been most active on the European festival circuit, focusing on smaller projects with modest commercial aspirations.

As for Singer, it’s too early to tell what the long-lasting impact on his career will be. However the legal situation shakes out, the next installment of the “X-Men” franchise should be able to weather it at the box office.