As audiences get ready for their annual “Elf” rewatch, Will Ferrell looked further back in his career on a new episode of “Hot Ones,” expressing why he embraced smaller roles during his time on “Saturday Night Live.”

“I made a point to tell the writers, ‘I don’t care, cast me in a super small part,’ because some cast members took offense to that,” the comedian told Sean Evans in Thursday’s episode. “I just made a point to say, I’ll deliver a pizza in a scene if you need someone just ‘cause it’s supportive but it’s also just an opportunity to potentially get a laugh.” 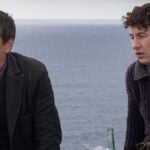 Though Ferrell said this attitude “served him well,” he couldn’t always prepare for the challenges live takes would bring his way, recalling a character break he had while playing a man named Jacob who had a disease called voice immodulation on “SNL’s” “Weekend Update.”

“I started doing this character and the glasses I was wearing fogged up so much that I couldn’t see the cue cards,” he recalled. “That just started making me laugh so hard that I totally broke … It was insanity.”

Watch the full “Hot Ones” video with Ferrell in the video above. 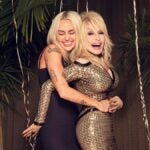