Will Smith has lined up an hour-long variety special at Netflix, the streamer announced Wednesday.

Westbrook Studios, Will Smith and Jada Pinkett-Smith’s production company will produce the special. Smith serves as an executive producer alongside Terence Carter, co-head of Westbrook Studios, as well as Miguel Melendez and Sahara Bushue.

The special will launch on Netflix later this year. 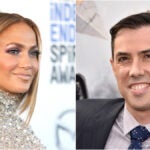 The project expands the existing relationship between Netflix and Smith, who also serves as executive producer on the streamer’s “Karate Kid” sequel series, “Cobra Kai,” and recently launched the documentary special “Amend: The Fight for America.”

Among Smith’s other upcoming projects is the “Fresh Prince of Bel-Air” dramatic reboot “Bel-Air” at Peacock and a sequel to 2017’s “Bright.”