William Petersen was hospitalized last week due to exhaustion on the set of CBS’s upcoming series “CSI: Las Vegas,” TheWrap has learned.

The Emmy-nominated actor, who is reprising his role as Gil Grissom for the latest installment in the “CSI” franchise, became ill on set and an ambulance was called out of an abundance of caution to take Petersen to a hospital where he was then admitted, according to TMZ. The actor has since recovered and been released from the hospital.

“He was hospitalized due to extreme exhaustion due to long hours on set for the past 12 weeks,” a spokesperson for Petersen said to TheWrap Monday. Petersen’s rep noted that the incident is not related to COVID-19. 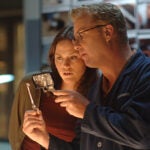 Representatives for Petersen and CBS Studios, which produces the “CSI” franchise, did not immediately respond to TheWrap’s request for comment Monday on Petersen’s hospitalization and the circumstances surrounding him falling ill on the set of “CSI: Las Vegas.”

Per CBS, the new series “opens a brand new chapter in Las Vegas, the city where it all began. Facing an existential threat that could bring down the Crime Lab, a brilliant new team of forensic investigators must welcome back old friends and deploy new techniques to preserve and serve justice in Sin City.” 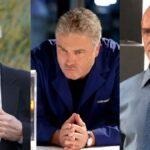 Also Read:
Why Broadcast TV Is Betting Big on Franchises Like ‘NCIS,’ ‘Law & Order’ and ‘CSI’

“CSI” first premiered in October 2000 and was CBS’ longest-running TV franchise until “NCIS” surpassed it a few years ago. It ran for 15 seasons, airing a special two-hour finale movie in 2015. It also spawned three spinoffs: “CSI: Miami” which starred David Caruso, the Gary Sinease-led “CSI: NY” and the short-lived “CSI: Cyber,” which featured Patricia Arquette.

The flagship “CSI” took place in Las Vegas and followed a team of crime scene investigators for the LVPD. That cast included Petersen, Marg Helgenberger, George Eads, Gary Dourdan and Paul Guilfoyle. Petersen left as Gil Grissom after the 10th season and was replaced by Laurence Fishburne, who himself was later replaced by Ted Danson.