Willie Nelson is many things – he’s a country music legend, a Texas icon, an outspoken activist and one of history’s most famous tax evaders. At 89, Nelson’s life so far has been colorful and gloriously overstuffed that it probably wouldn’t fit into a single documentary. That’s why “Willie Nelson & Family,” which just premiered at Sundance, isn’t a movie exactly, but an episodic independent series about his singular life and his music. TheWrap spoke to the series’ directors Tom Zimny and Oren Moverman at Sundance about how the film came together and finding their groove as filmmakers. “It was a great journey,” said Zimny.

Zimny, who has directed a number of Bruce Springsteen films, including 2019’s theatrical release “Western Stars,” and Moverman had never worked together (but Zimny had stuck him in the audience of one of the Springsteen movies) but it is clear from Moverman’s filmography that music is in his bones – he co-wrote the Bob Dylan movie “I’m Not There,” and “Love & Mercy” about Beach Boys founding member Brian Wilson. Moverman had also never done a documentary before. 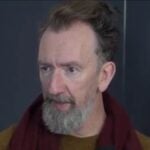 “It was also a chance for Tom to become my teacher which was actually worth doing. I learned a lot,” Moverman said. “The simplest way to say it is I love music. And in some ways I must confess I love music more than movies. When I put the two together, it’s very exciting. I came very close with a movie about some unknown guy named Kurt Cobain that I was supposed to direct but that didn’t work out. And I’ve written music films and I thought, That’s absolutely pleasurable. But when this opportunity came around and Tom said, ‘Let’s do it together.’ It was really exciting to live the life of a musician. And what a musician and what a life.”

Nelson’s musical style informed everything about the documentary – from its cadence to its length. “That conversation about Willie’s approach and freedom in using tempo, and how he sings, and how that applied to the editorial process is completely true. We were in sync with that idea that we called, after a while, Willie World. I knew it would be a great adventure with Oren. Because we talked about this nonlinear desire but to never leave the audience confused,” Zimny said.

Moverman added: “We got out of our way and embraced Willie World.”

For the full conversation about “Willie & Family,” click on the video above.

TheWrap’s Portrait and Video Studio at The Music Lodge during the 2023 Sundance Film Festival is sponsored by NFP along with support from Sylvania and HigherDOSE. 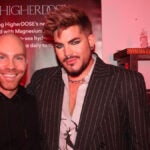