Disney+ released the first teaser trailer for Lucasfilm and Imagine Entertainment’s “Willow,” a new live-action fantasy adventure series that serves as a continuation of the classic 1988 feature film, at Star Wars Celebration in Anaheim on Thursday.

“There is a story of a child, destined to be an empress,” the voiceover on the trailer begins. “And the unlikely hero who would protect her.”

The story began in the Ron Howard-directed film with an aspiring magician (Warwick Davis) from a Nelwyn village and an infant girl destined to unite the realms, who together helped destroy an evil queen and banish the forces of darkness. 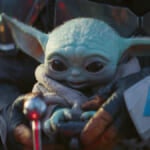 Now, in a magical world where brownies, sorcerers, trolls, and other mystical creatures flourish, the adventure continues, as an unlikely group of heroes set off on a dangerous quest to places far beyond their home, where they must face their inner demons and come together to save their world

“There is a balance between all things: light and shadow, good and evil,” Davis, who will reprise his role as Willow Ufgood says. “When that balance is upset, the universe corrects.”

A third voice tells the magician “The world needs you again. It needs your magic.” 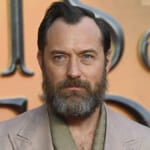