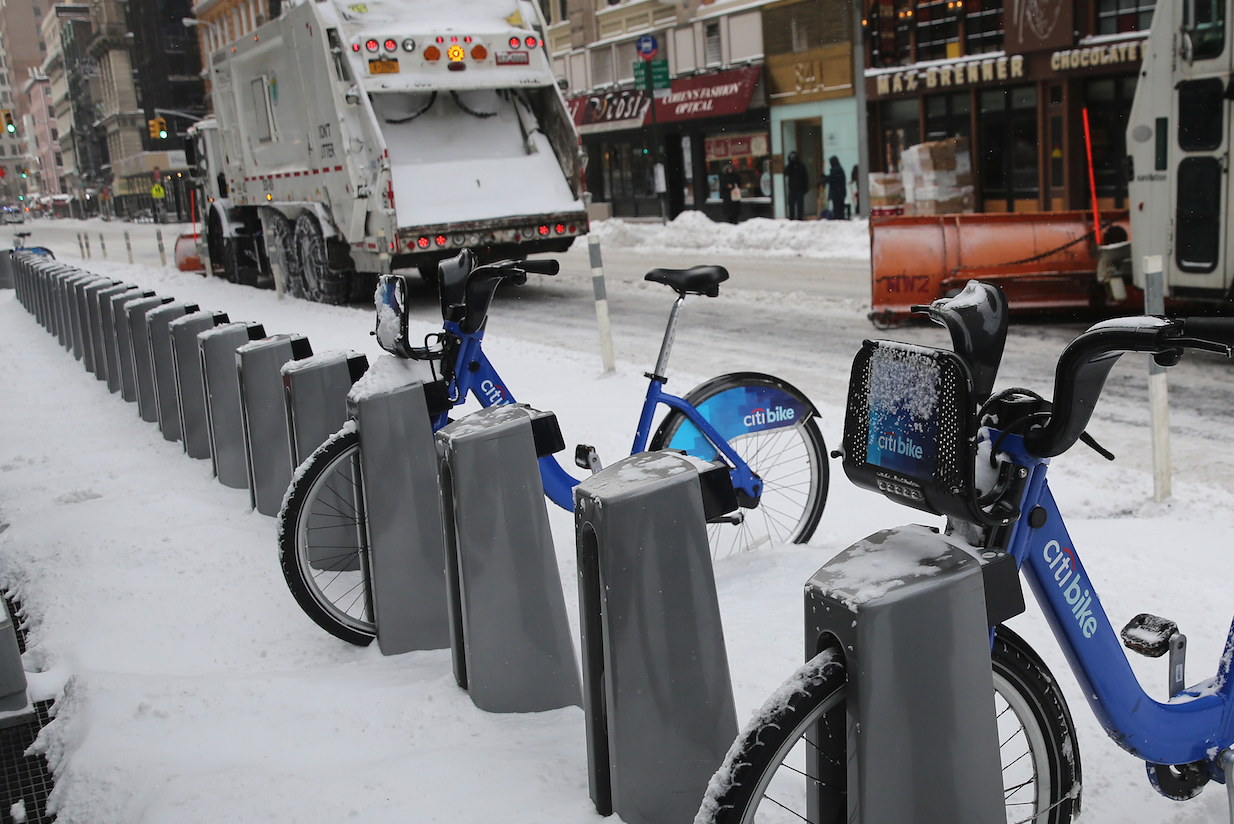 If you’ve ever wondered why Hollywood packs its biggest releases into the summer rather than spreading them out over the year, check out the snow-encased streets of New York City and Boston this weekend. “Paranormal Activity: The Marked Ones” is widely expected to be the weekend’s top film, but the brutal temperatures and massive snowdrifts that major markets are digging out from under should depress ticket sales.

“It’s never a good thing, especially when a storm hits a major area like New York,” BoxOffice.com Editor-in-Chief Phil Contrino said. “People just tend to stay home. Combine that with the fact that there’s really only one major wide release this weekend and it should slow things down.”

For a film like “The Marked Ones,” the inclement weather could be costly. Horror films tend to be front-loaded, meaning they make much of their money on Friday or Saturday, so Paramount Pictures, which is distributing the film, is likely hoping that New Yorkers and Bostonians brave the elements and hit the multiplex.

It could have been worse. Although some chains such as AMC closed theaters early on Thursday night as the snow began piling up, nearly all of the theaters are open now that city plows have made streets passable again.  Plus, as Contrino notes, the storm hit on the weekend after the New Year’s holiday, which is traditionally a slow time for the movie business. Had it blanketed the Eastern Seaboard in snow during the Christmas season, when moviegoers flocked to see “Frozen” and “Anchorman 2: The Legend Continues,” it could have been disastrous.

However, there’s a reason that January and February are convenient dumping grounds for movies that don’t send the general population into a state of euphoria. Young people and college kids are critical to ensuring a film’s success,  so scoring a summer release date when kids are out of school and adults are often vacationing, makes sense. But bad weather – particularly when it gets as nasty as the storm paralyzing parts of the East Coast this weekend – can be devastating.

When “The Hobbit: The Desolation of Smaug” opened on Dec. 13, a major storm front bore down on New York and much of the East Coast.

“We were sweating it, no doubt about that,” Dan Fellman, Warner Bros. head of distribution, said.  “Particularly on that Friday night.”

He estimated “The Hobbit” lost a few million dollars due to closed theaters and lack of public transportation, but the storm broke more quickly than expected and the “Smaug” ended up opening to an impressive $73 million domestically.

Warner Bros. was lucky. However, a doomsday scenario, in which winter storms shut down theaters, costing studios hundreds of millions in the process, is part of what keeps studios from being more aggressive in terms of releasing movies all year-round.

“Movies are a 52-week a year business, and you can’t schedule around possible acts of nature,” she said.

Take “Identity Thief.” Last January, Universal’s Melissa McCarthy comedy broke out with a $35 million debut weekend, despite a major front on the East Coast. This year the company is feeling optimistic about  another comedy, “Ride Along,” an Ice Cube and Kevin Hart buddy movie that is scheduled for Jan. 17.

The box office didn’t get off so easily in late October of 2012, when Hurricane Sandy blasted much of the nation’s eastern region. “Argo” was the weekend’s top film – picking up a storm-battered $13.2 million.

The box office also dodged a barometric bullet in 2011, when Hurricane Irene was reportedly ready to touch down on the East Coast on the final weekend in August. It didn’t hit until Sunday though, so its effect was mitigated and “The Help” still managed to rack up $14.5 million to take the weekend’s top slot.

The impact of 2005’s Hurricane Katrina, which destroyed some theaters and forced the closure of others along the Gulf Coast, was not seen as clearly in the final tally, because the storm’s brunt hit midweek. “Transporter 2” won the weekend with a fairly strong $20.1 million.

Rocco also pointed out that bad weather can occasionally help a movie.

“Sometimes when you get the schools closed, you have the kids all cooped up and if the weather’s not impossible, then the movies becomes a pretty good option,” Rocco said.