Greg Williams is the new deputy global editorial director of Wired. Williams has been Wired UK’s editor in chief since 2017.

“In four years at the helm of Wired U.K., Greg has established a series of new revenue streams, including a strong consulting offering, expanding the Wired events portfolio, a landmark annual trends presentation and Virtual Briefings, as well as publishing a WIRED book series — all while continuing to uphold the editorial excellence for which the publication is known,” global editorial director Gideon Lichfield said when he made the announcement Monday morning.

He went on, “I’m delighted to have a deputy who combines an entrepreneurial spirit with a deep attachment to the Wired brand and its editorial values. I look forward to replicating his success across our global markets.” 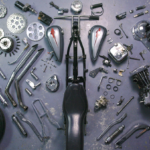 In 2018, Wired became the first Condé Nast brand to launch an over-the-top (OTT) channel, and then added 40 hours of new programming to the offering by bringing in 64 episode of BBC Studios’ fan-favorite tech series “Click.” That marked the first time “Click” aired in North America.

In his new role — which is part of Condé Nast’s effort to unify its global editorial structures, announced in 2020 — Williams will be “editorial lead on developing new business initiatives, particularly outside the U.S., including the expansion of the consulting business and consumer events,” according to a press release. He will also continue to oversee U.K.-specific products.