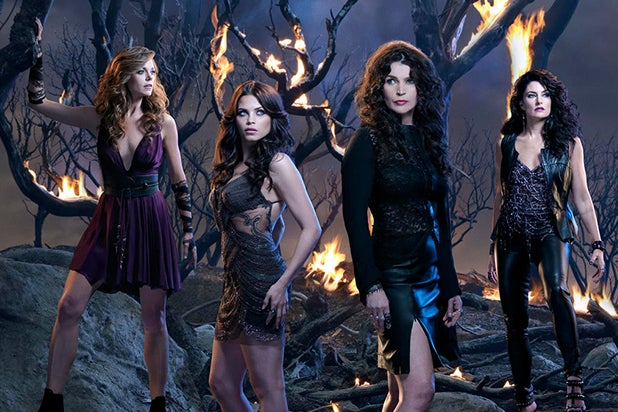 Lifetime has put an end to “Witches of East End.”

The hour-long supernatural drama was canceled on Tuesday, a spokesman for the network told TheWrap.

The series, which starred Jenna Dewan, Julia Ormond, Rachel Boston and Mädchen Amick as a family of witches, was based on Melissa de la Cruz’s novel of the same name. Co-stars included Eric Winter, Christian Cooke and Daniel DiTomasso.

“Witches of East End” was produced by Fox 21 and executive-produced by Maggie Friedman, Jonathan Kaplan, Erwin Stoff and Josh Reims.

“Witches” averaged 3 million viewers with the inclusion of DVR throughout its first season, and the network previously credited the program for drawing many new and younger viewers, but the ratings didn’t hold. The two-hour Oct. 3 finale drew just 1.03 million viewers.

Lifetime’s other unscripted dramas currently include “Un-Real,” “Damien,” “Devious Maids” — which was renewed for Season 3 recently — and an upcoming “Lizzie Borden” miniseries starring Christina Ricci. The network also ordered a pilot for a “Clan of the Cave Bear” adaptation in July.