The full title of “Without Remorse” is “Tom Clancy’s Without Remorse,” but they really could have just called it “Tom Clancy Movie,” since it’s a work so determined to deliver exactly what fans want from the legendary Dad Novelist. It’s a stolidly 80s action movie, from its Russian villains to its third-act plot twist that can be seen from space, but it’s lucky to have Michael B. Jordan giving an actual performance in what could have been an even more generic shoot-em-up.

“Action hero seeks revenge after his wife is murdered” is the most reliable cliché on display here, but Jordan takes the idea further than Schwarzenegger and his Reagan-era peers ever did. In the middle of a dopey, globe-trotting movie about double-crosses and CIA operatives, Jordan goes out of his way to incorporate grief, rage, nihilism, and heartbreaking loss into his mission of vengeance, a layer of depth that outshines most of what “Without Remorse” brings to the table.

We meet John Kelly (Jordan) performing one last mission — not kidding about the number of trite tropes on display here — extracting a hostage out of Aleppo and surprised to be engaged in battle with Russian soldiers rather than the mercenaries that squirrely CIA guy Robert (Jamie Bell) said would be guarding the asset. Returning home to his seven-months-pregnant wife Pam (Lauren London), John is ready to retire from the military and work in private security as he starts a family. 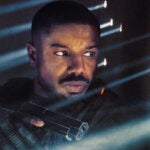 Some armed Russian nationals have other plans, however; they murder several members of John’s team in retaliation, and in an attempt to kill him during a home invasion, they instead shoot Pam and the Kellys’ unborn child. John polishes off three of the gunmen and sees the face of the fourth before losing consciousness from bullet wounds.

The CIA refuses to pursue the matter further lest it create an international incident, so John — using intelligence passed along to him by his commanding officer Karen (Jodie Turner-Smith, “Queen and Slim”) — goes rogue at first before joining up with U.S. government forces who sneak into Russia seeking more information. 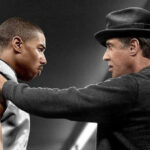 Also Read:
Michael B. Jordan Explains Why the ‘Creed’ Series Is ‘Moving Forward’ Without Rocky

There are, as any Clancy stan knows to expect, conspiracies within conspiracies and massive shoot-outs and much groundwork for future sequels, since this is based on the first of several John Kelly novels, adapted by Taylor Sheridan and Will Staples. Sheridan’s writing can be taut (“Hell or High Water,” “Sicario”) or slack (“Wind River,” “Sicario: Day of the Soldado”), and “Without Remorse” doesn’t stack up with his best work. Scenes tend to be packed with exposition or explosions, with little breathing room for characterization or for conversations that don’t play like a series of speeches strung together.

It’s a movie that goes out of its way to be blandly competent — even the score by the talented Jónsi feels indistinct — except for the few moments that really shine. Director Stefano Sollima (“Sicario: Day of the Soldado”) throws in a plane-crash sequence midway through that’s terrifying and complex, mixing digital and practical effects to chillingly vivid results. (Ironically, it’s this very scene that will probably be missing from the inevitable in-flight version of this adaptation of an airport best-seller.) 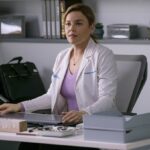 And for its many flaws, if there’s a reason to travel down the predictable byways of “Without Remorse,” it’s Michael B. Jordan’s interpretation of a hyper-competent soldier who is also a broken man, fueled by the pain of loss while using that tragedy as the motor that drives him.

Protagonists of earlier action films might have shied away from this level of intense emotion out of some misguided notion that it would seem too sensitive — or perhaps beyond the thespian ability of other he-man movie stars — but Jordan brings a much needed dose of humanity to a story that’s otherwise thuddingly familiar.