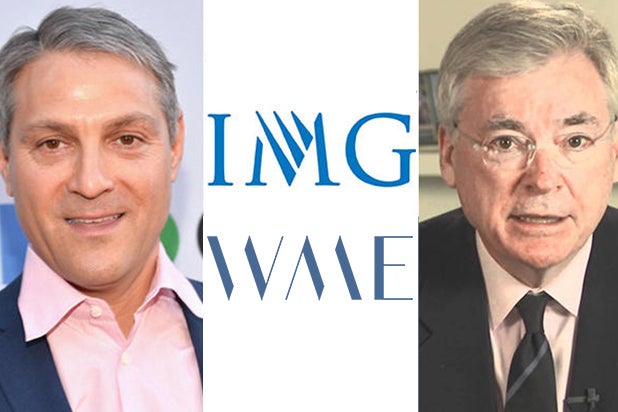 Hollywood talent agency WME’s successful bid to buy the sports agency giant IMG was at $2.4 billion a stunning one-third higher than the only other bid for the company, an individual with knowledge of the deal told TheWrap.

This means that IMG-owner Forstmann Little came awfully close to their asking price of $2.5 billion for the sports agency, and that WME was willing to pay a premium to shut out any other bidders.

But there was only one other bidder, from the group led by Peter Chernin with the European fund CVC Capital and advised by former ESPN Chairman and current NFL Network CEO Steve Bornstein.

Their bid was $1.8 billion, according to the knowledgeable insider.

The third finalist, private equity behemoth Carlyle Group working with ICM Partners, did not submit a final bid, the insider said. Another individual with knowledge of the bidding disputed that, saying Carlyle bid about $1.8 billion as well.

The other bidders had dropped out, unwilling to pony up more than $2 billion and choking on what was close to a 15-times multiple for the company, which is unlikely to grow at a pace that would justify that price.

The other wrinkle, according to one insider familiar with the bidding process, was the IMG’s college sports division missed its revenue number for about $20 million, sucking the air out of the process for some bidders.

The deal closed late on Tuesday evening and was confirmed by Wednesday morning, combining a leading Hollywood talent agency – backed by the Silicon Valley private equity firm Silver Lake Partners – with the largest sports agency in the world.

The deal is a minnow swallowing the whale, with WME estimated at about a third in revenue size of IMG, with its annual $150 million in ebitda.

WME will likely be able to finance the purchase up to about $1 billion, based on IMG’s earnings, but will be putting up more than 50% of the deal in cash.

The acquisition will bolster and diversify WME’s practice, as IMG represents professional athletes, stages athletic events across the globe and has a robust college sports marketing business. IMG CEO Mike Dolan is expected to stay on to continue to run the agency.

The deal would extend WME’s competition with CAA into on-field talent representation. CAA founded its division for negotiating athletes’ on-the-field contracts in 2006, but in less than a decade has assembled one of the most impressive groups in the business.

WME has represented athletes off the field, but IMG represents the likes of Peyton Manning, Alexander Ovechkin and Venus Williams.