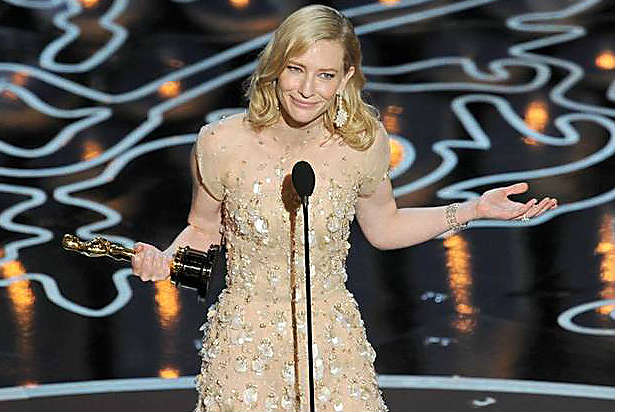 A week after Cate Blanchett railed against the lack of quality roles for women in mainstream Hollywood films, new data proves the “Blue Jasmine” Oscar-winner’s point.

Comparisons with ratios in 2011 and 2002 further illustrate how little progress has been made. The percentage of female protagonists rose 4 points above 2011 levels in 2013, but still fell 1 point short of the 2002 figure. The percent of female major characters is down 4 points from 2011 but up 2 points from 2002.

“Overall, we have seen little movement in the numbers of female protagonists and females as speaking characters over the last decade,” Martha Lauzen, the Executive Director of the Center for the Study of Women in Television and Film, commented. “Moreover, female characters are less likely than males to have identifiable goals or to be portrayed as leaders of any kind.”

The numbers are even more dismal when broken down by age and race. Caucasians made up a vast majority of female characters, at 73 percent; African American (14 percent), Latina (5 percent), Asian (3 percent), other worldly (3 percent), and other (2 percent) characters take up the remaining quarter of the proverbial pie.