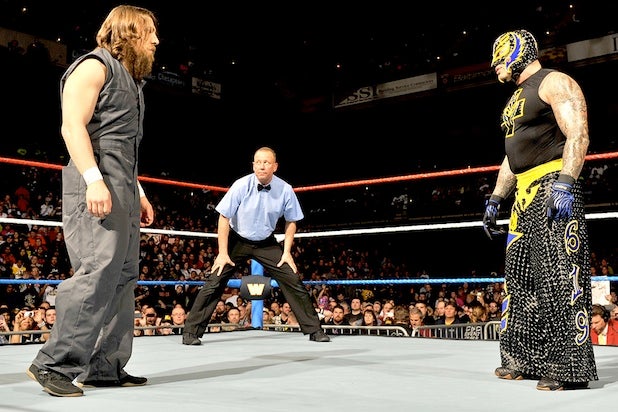 WWE’s stock has been pile-driven.

Shares of World Wrestling Entertainment stock dropped 43 percent Friday, closing at $11.27. The tumble represented a fall of $8.66 per share. Percentage-wise, that’s the most since its initial public offering, Bloomberg reported.

The drop on Wall Street is being attributed to two TV issues. For starters, the wrestling company’s new network didn’t get enough monthly subscribers to make up for lost pay-per-view orders. At $9.99 per month, the WWE Network needed 1.3 to 1.4 million subscribers.

The network closed its first quarter with just under 670,000 subscribers and declining PPV revenue. The company said in April it was confident the WWE Network would reach one million subscribers this year.

Secondly, the WWE re-upped television contracts on Thursday to keep shows “Monday Night Raw” and “Smackdown” on NBCUniversal’s cable networks USA and Syfy. While the former World Wrestling Federation got a raise, it wasn’t nearly as large as analysts predicted and shareholders hoped.

Forbes reports that company CEO Vince McMahon lost $350 million on Friday, taking him out of the billionaire’s club.

New international television agreements could add $92 million per year in revenue. On May 1, WWE predicted a second-quarter loss.