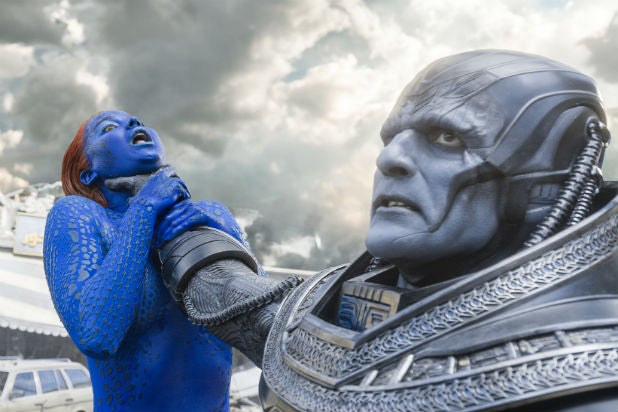 (Some spoilers for “Logan” are ahead.)

It can be tough to follow the “X-Men” film franchise continuity. Often the films tease each other, but elements like time travel have gummed up the works. “Logan” functions more as a stand-alone “What If” story than a sequel to the last “X-Men” film, “X-Men: Apocalypse.”

Still, last year, it seemed as though “X-Men: Apocalypse” was teasing elements that would make their way into “Logan.” The former film ended with a post-credits scene that seemed to introduce conflict for the next movie (you can read all about that mysterious scene here). Some of those elements seem to have made their way into “Logan,” but some haven’t.

First, a little context: In “X-Men: Apocalypse,” Logan (Hugh Jackman) was being held at a laboratory facility at Alkali Lake. That facility is where he famously became Wolverine after an experiment to bond the fictional, nearly indestructible metal adamantium to his skeleton. “X-Men: Days of Future Past” changed Logan’s backstory by rewriting history through time travel back to the 1970s. In “Apocalypse,” set in 1983, Col. William Stryker has experimented on Logan in order to try to turn him into a killing machine known as Weapon X.

Logan escapes during the course of “Apocalypse” and flees into the wilderness. During the “Apocalypse” post-credits scene, though, we see hints of what might happen next. A group of scientists from a company called Essex Corp. arrive at Alkali Lake and gather Logan’s genetic material. After seeing that, fans immediately speculated about who the next “X-Men” franchise villain would be.

Also Read: How 'Logan' Fits With the Other 'X-Men' and 'Wolverine' Movies (Spoilers)

In the “X-Men” comics, Essex Corp. is owned by Nathaniel Essex, a supervillain also known as Mister Sinister. He’s a scientist who discovers how the mutant genes work, which enables him to take on the powers of other mutants using their genetic materials. The DNA recovered at the end of “Apocalypse” also reminded fans of the X-23 project, in which Logan’s DNA was used to create a mutant with similar powers in Laura Kinney.

“Logan” does, in fact, center on X-23. Laura (Dafne Keen) has healing powers like Wolverine, as well as adamantium claws. But the X-23 experiment that created her in the movie (as well as several other mutant children) isn’t run by Essex — it’s carried about by Alkali Transigen, an evil corporation created for the film that is the sort of descendant of the Weapon X program at Alkali Lake.

Mister Sinister, on the other hand, doesn’t factor at all in “Logan.” The primary antagonists are Donald Pierce and his Reavers mercenaries — villains seen in the comics with cybernetic body parts, but altered significantly for “Logan.” And there’s Dr. Zander Rice, the scientist behind the X-23 project. But “Logan” stands apart from most other “X-Men” and “Wolverine” movies because there are no real supervillains.

So what does that mean for the “Apocalypse” post-credits scene? According to Producer Simon Kinberg in an interview with Cinema Blend, the implication that X-23 comes from the Logan DNA sample is accurate. As for Mister Sinister, Kinberg said there are plans for him to show up in an “X-Men” universe movie at some point. So while the “Apocalypse” post-credits scene has some relationship to “Logan,” we’ll have to wait for a later movie to find out what it really means.