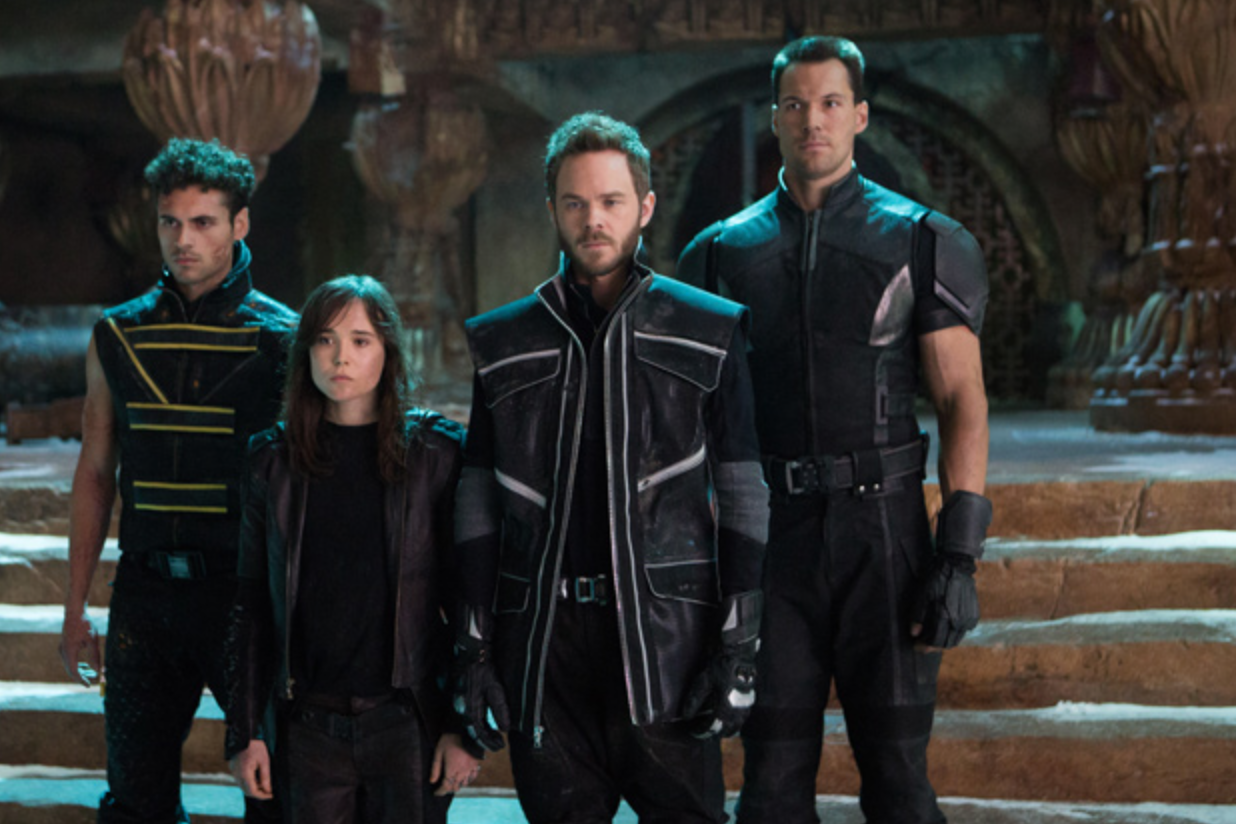 Twentieth Century Fox rediscovered the sizzle that’s been missing from the annual CinemaCon convention on Thursday , kicking off the company’s presentation with a samba-tinged rap performance from “Rio 2” featuring Ester Dean, B.o.B and lots of showgirls before launching into a summer slate filled with big-budget sequels to its “X-Men” and “Planet of the Apes” franchises.

Through its partnership with DreamWorks Animation, the studio will also distribute “How to Train Your Dragon 2” this summer, giving it three big tentpoles in one of its strongest slates to date.

“Ever seen samba dancers at 10 o’clock in the morning?” asked Chris Aronson, Fox’s domestic distribution president, going on to predict that 2014 will be “one of our biggest years ever.”

To whet theater owners’ appetites, Fox previewed the first 10 minutes of “X-Men: Days of Future Past,” a time-traveling adventure that finds two generations of mutant heroes teaming up against a global threat. The footage featured a brutal battle between  a group of mutant-hunting robots known as Sentinels and a band of X-Men led by Kitty Pryde (Ellen Page), Colossus (Daniel Cudmore) and Iceman (Shawn Ashmore). The action unfolds in a bombed out city, where the mutants are on the run and increasingly desperate. Based on the way the fight unfolds, they are also overmatched, suffering a few apparent casualties.

But the movie also brings together the biggest stars from previous chapters, including Wolverine (Hugh Jackman), Mystique (Jennifer Lawrence) and both sets of Magnetos (Ian McKellen, Patrick Stewart) and Professor Xaviers (Patrick Stewart, James McAvoy), while teasing out a mind-bending storyline that finds past, present and future colliding.

“It’s the biggest X-Men of them all,” Fox Filmed Entertainment Chairman Jim Gianopulos said. (Apparently size is a ongoing theme at this year’s confab.)

Fox also offered up a sneak peek at a thrilling “Dawn of the Planet of the Apes,”  which is set 10 years after the 2012 prequel and finds a ragtag group of humans led by Gary Oldman heading off against their ape oppressors, once again led by Andy Serkis as Caesar. The action unfolds in a largely abandoned San Francisco and across the forests of the Pacific Northwest. A brutal encounter that found two humans trying to bond with an ape in the wreckage of a building only to be machine gunned to death sent a jolt through the crowd.

“I’m still sweating,” Shailene Woodley said of the “Apes” clip when she came out to introduce a preview of her young adult romance, “The Fault in Our Stars.” The studio is counting on bringing in the millions of female fans of the best-selling tear-jerker, about a young woman battling cancer while falling in love.

The studio also brought an exclusive early look at Matthew Vaughn’s “Secret Service,” about a private sector spy agency led by Colin Firth. In the humorous action sequence Firth — a cross between James Bond and George Smiley — wields an umbrella in a pub to face down a gang of tattooed hooligans. The clip earned laughter and loud applause.

In a final nod to the summer, Fox teased its comedy “Let’s Be Cops” directed by Luke Greenfield, starring Jake Johnson and Damon Wayans Jr. as a couple of screw-ups who pose as cops and find that it works for them – until it doesn’t.

Fox also teased its fall slate — one that includes a mix of Oscar-bait such as “Exodus,” its Ridley Scott-directed look at Moses’ escape from Egypt, and sequels such as “Night at the Museum 3.”

It even raised the curtain on “Gone Girl,” David Fincher’s adaptation of Gillian Flynn’s novel about a man suspected of killing his missing wife. Ben Affleck and Rosamund Pike star in the dark thriller which Gianopulos described as “a tale as only David can tell it.”

The preview showed Affleck’s character enduring a media onslaught as a police investigation closes in around him. The disturbing, amber-hewed shots are set to a cover of the Charles Aznavour song “She.” It closes with a shot of Pike’s bruised corpse floating in the water as Affleck intones, “I did not kill my wife. I am not a murderer.”