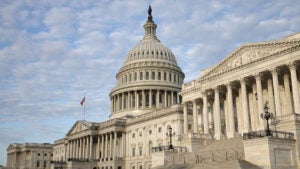 Expect only 25% of the usual number of big boats docking at the annual fest, one broker says

The annual Cannes Film Festival, canceled last year due to COVID and moved back from May to July 6-17 this year for the same reason, is causing massive rescheduling headaches for hotels and other businesses in the south of France.

Uncertainties and angst surrounding international travel are expected to result in much smaller attendance than the record 12,527 people who flocked to the 2019 festival. And since the festival has shifted from May to the height of the summer high season, there’s a strain to find lodging — especially with the temporary closure of the iconic, 343-room Carlton Hotel in Cannes for renovation (until 2023). (Big spenders can still grab the last available single room at the Hotel du Cap-Eden-Roc in nearby Antibes for $2,152 a night, according to a recent listing on hotels.com.)

But there’s a bright side to the scramble for accommodations: At least you don’t have to worry too much about finding dock space for yachts at the Port of Cannes or other nearby docking locations, according to Rolf Smith, sales broker for Northrop & Johnson, a global yacht broker with offices in Beverly Hills, Newport Beach and elsewhere.

Smith estimated that only a quarter of the usual dock space would be occupied during the festival, based on current bookings. “I would just say we are in a surreal position, it’s a fluid situation — it’s not going to be on the scale of what it was two years ago,” Smith told TheWrap. “It’s all going to be up to the travel restrictions. Could another (COVID) surge shut it down again? That’s the risk.”

Yachts have been part of the Cannes mystique since the film festival began in September, 1946. In 2019, celebrity watchers such as the New York Post’s Page Six drooled over stars’ yachts as they began arriving in and around Cannes, including David Geffen’s $400-million, 454-foot megayacht the Rising Sun. A megayacht is defined as a recreational luxury over 260 feet in length; superyachts are a mere 78 feet and larger.

Steven Spielberg’s The Seven Seas, which has also been spotted at Cannes during the past decade, qualifies as a megayacht at 282 feet.

Geffen got himself into some hot water last year by posting on Instagram that he was “quarantining” on his yacht, “isolated in the Grenadines,” flaunting a social distancing choice that was not available for the average frontline worker.

Although there is less competition for a good place to dock in Cannes and its glamorous environs, Smith said recent easing of pandemic travel restrictions in France has led to a surge in bookings in the last four or five weeks, so the most desirable yachts for lease are going fast. “We have over 350 yachts under yacht charter management, so the market is just slammed,” he said.

Smith added those who own or lease luxury craft generally don’t ride the yacht to the location, but rather have someone pilot the craft to the desired location, and the owner or client travels by air to board the yacht and meet the crew that has already prepared the boat for the occupants. Under pandemic protocols, the crew remains on the yacht while designated crew members go ashore for necessary supplies. “If the owner is coming, he doesn’t want to get contaminated with his family,” Smith said. 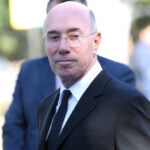 While many of travelers take private jets to Cannes, Smith said, they are still limited by COVID rules that may not permit entry into the country. For that reason, many Hollywood industry travelers who might already have their boats waiting for them in the Mediterranean for the summer in previous years have been docking their yachts in East and West Coast locations such as Maine, Oregon or the Bahamas.

“This year, Katzenberg and those guys had their boats in down in Granada,” he said.

One irony of the pandemic Cannes season is that festival travelers usually book top hotels and yachts as much as a year in advance, so they’re already making plans for Cannes 2022. “I have two clients who are booking for next year,” he said. “And those yachts, the good ones, are already starting to get booked up in advance.” 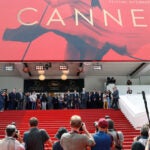