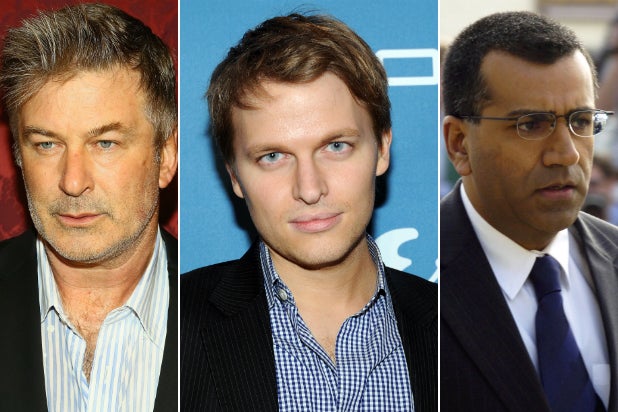 The cable news network has slipped in the ratings since January, dropping by double digits in primetime and total-day viewers. And in just the past two months, MSNBC parted ways with two prominent hosts in very public, very embarrassing fashion, leaving conspicuous holes in a schedule that has been anything but consistent.

“We had a tough first half year,” MSNBC president Phil Griffin told TheWrap.

“I do think that we were hurt a little bit by the excitement and energy and the amount of time that people watched in the last half of 2012 – I think there was what I call a little bit of a political hangover in 2013.”

For a network that is the self-proclaimed “Place for Politics,” a political hangover is the very last thing MSNBC could want. The trouble is, Americans have continued to sour on politics – President Obama ends the year with a record 55 percent disapproval rating, and Congress has seen its lowest average yearly approval rating ever at 14 percent, according to Gallup.

Also read: The Year in Cable News: Fox News Ends Another Contentious Year at the Top

Spring saw the ugliest ratings for the network. MSNBC came in fourth place in April and May after CNN’s Headline News — thanks in large part to HLN anchor Nancy Grace’s unrelenting coverage of the Jodi Arias trial. The premiere of “All In with Chris Hayes” in May had modest ratings, but the 8 p.m. show soon hit a slump that dragged down 9 p.m. veteran “The Rachel Maddow Show.”

In August, MSNBC moved Ed Schultz’s “The Ed Show” back to the weekday lineup after bumping it to weekends just six months prior. Schultz was suspended from the network back in 2011 after calling conservative commentator Laura Ingraham a “right-wing slut” on his radio show.

In June, The New York Times quoted Griffin saying of breaking news: “We’re not the place for that. Our brand is not that.”

“I wouldn’t say that we don’t do news, I’d say that [CNN’s] brand is known for that in a way that ours isn’t,” he said. “We cover breaking news, and I think that if you go back and look at the breaking news during that period, we covered as well as anybody.”

“And we were right 100 percent of the time, and we felt really good about it,” Griffin added. Both CNN and Fox News delivered erroneous reports during the Boston Marathon bombing investigation.

Griffin said MSNBC is known first and foremost as the network for progressive political discourse, and he sees little reason to change – even though CNN Worldwide President Jeff Zucker said recently that he’s moving the network into more personality-driven territory.

He added, “The importance for us is that we’ve built this strong brand that’s diverse and reflects America, and we’re going to continue to do it.”

That brand relies on big personalities to helm its talk shows, and with big personalities come big risks. Martin Bashir, a star on British television before he moved to ABC in 2005, hosted an MSNBC show for three years before resigning in November over on-air comments about Sarah Palin.

Just two weeks before Bashir’s departure, Alec Baldwin, host of the short-lived late night show “Up Late,” split with the network after yelling a gay slur at a paparazzo. MSNBC suspended Baldwin the next day, and he and the network soon announced in a joint statement that they were ending his show.

After the suspension, Baldwin asked critics to spare his network: “Don’t allow my problem to be MSNBC’s problem,” he wrote in a Huffington Post blog. “They are good people who work hard at a job, just like many of you.”

After Bashir’s exit, Baldwin had taken what some saw as a shot at MSNBC, tweeting, “Some of these cable venues really are Off-Off Television. And their need for a reliable, even forced, homogeneity is more apparent than ever.”

“It was unfortunate,” Griffin said about the exits. “I believed in both of those hosts.”

“They’re no longer here. That happens. I think you’ve got to judge us on everything – how we handled it, going forward,” he added. “I don’t think there’s another network that takes responsibility for the words that come out of [their] hosts shows, what they say. If there’s a mistake we address it – I don’t think another network does what we do.”

“I think that that’s something to be proud of and we are proud of it.”

Going into 2014, Griffin believes the midterm elections will turn viewers back on to politics and help MSNBC regain lost ground. In the meantime, he says his focus is on developing new talent – like Ronan Farrow, who will host his own hour starting early next year – and expanding MSNBC’s outreach online. 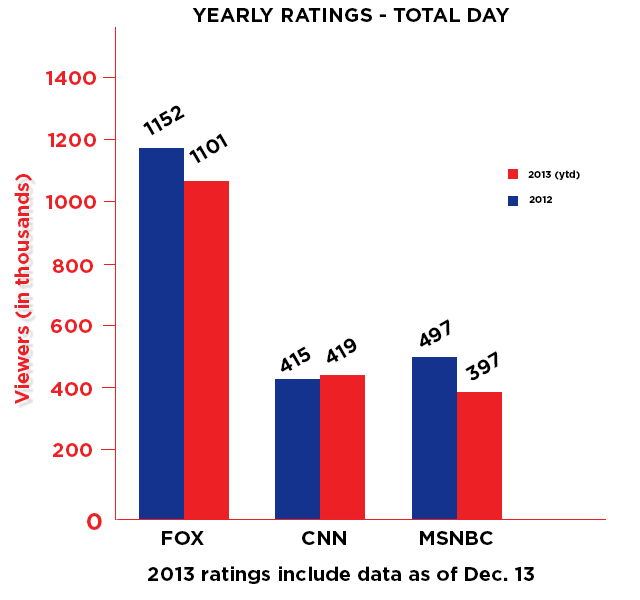 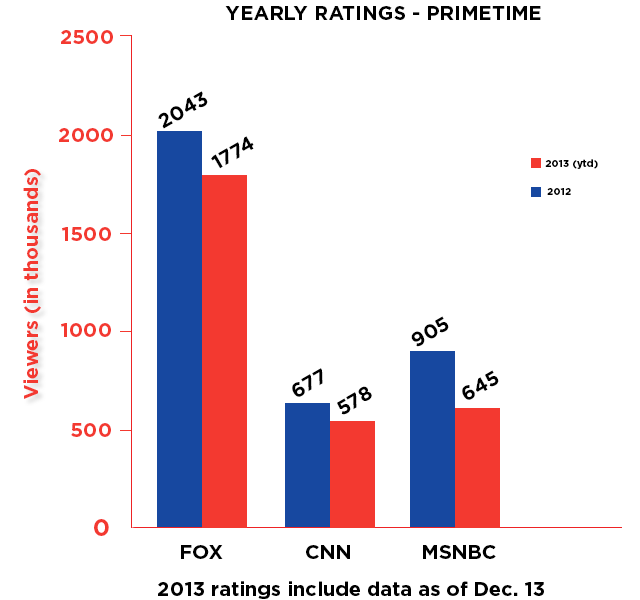 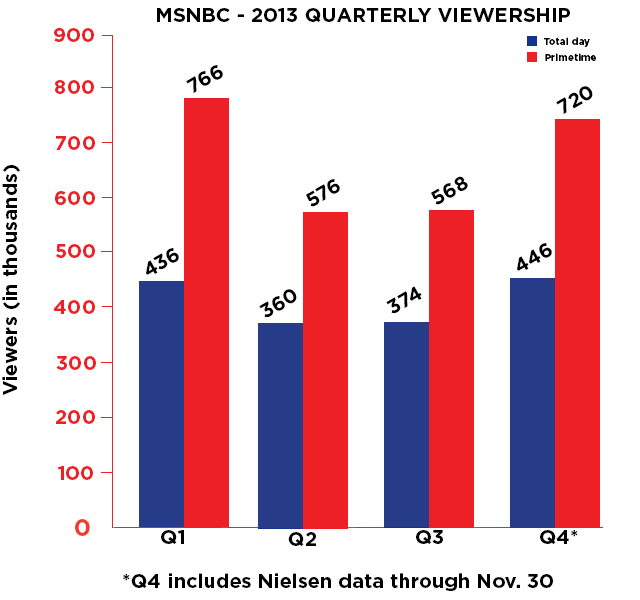 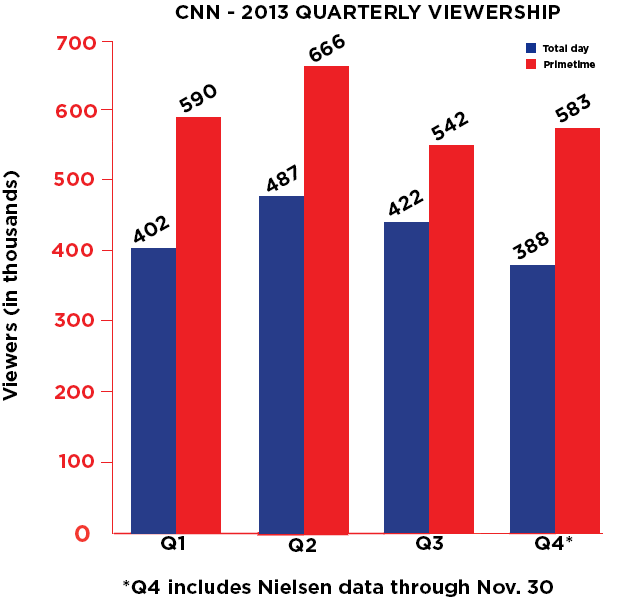 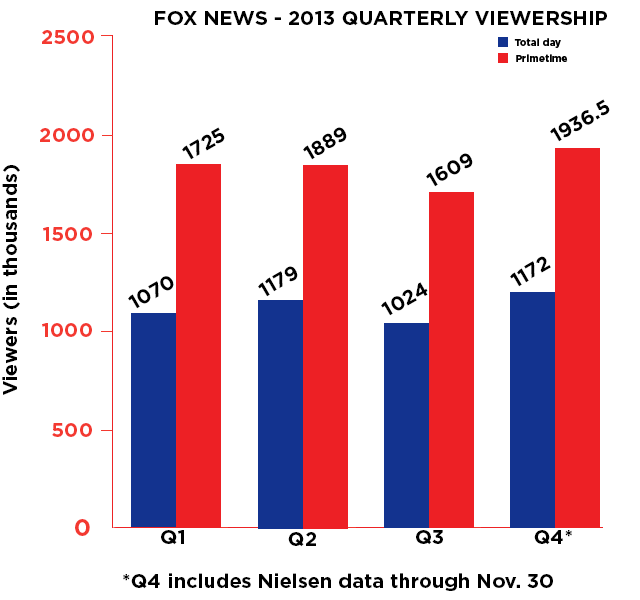