If there’s one thing more terrifying than Penn Badgley’s Joe in “You,” it’s the potential for a mini-Joe. And that’s exactly what he seems to be worried about in a new teaser for Season 3 of the Netflix hit.

“A boy is not what we expected, and I would be lying if I said the thought of a mini-me was purely exciting, and not without challenges,” Badgley’s creepy voice narrates. “Let’s just say I’m hoping you’ll do as I say, not as I do.”

Of course, fatherhood tends to put one’s priorities in order and for Joe, baby Henry — a name he’s meticulously chosen for very complicated reasons — may just put him on a better path. “For you, I can change,” he says. “I’ll be a man you look up to. A man you will be proud to call dad.” 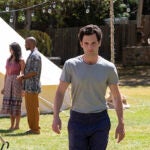 That said, let’s not forget that at the end of Season 2, we see the moment where Joe spots his female next-door neighbor and immediately reverts to his stalker self. But hey, maybe he’ll be able to keep himself together this time. After all, he has Love (Victoria Pedretti) who knows his warning signs, and he has a desire to be in Henry’s life. So we’ll just have to see.

Unfortunately, fans don’t get a look at any new footage in the teaser, as it simply shows a pair of hands baking a cake to welcome baby Henry to the world. Naturally, it’s a white cake with blood red icing for the words. But the teaser does give a premiere date for Season 3, which a slice of that cake reveals is October 15, 2021.

See more first-look photos from the season below. You can watch the full Season 3 teaser above 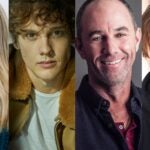