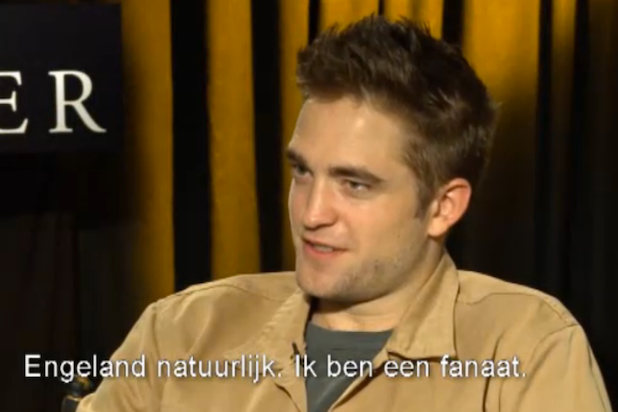 Jan Riemens built one of the largest online video networks in the world without YouTube. That sounds apocryphal now that YouTube reaches more than one billion people a month, but Riemens founded his company, Zoomin.TV, before Chad Hurley, Steve Chen and Jawed Karim’s invention took off.

“We wanted to create content for online even before YouTube, and we started producing news, entertainment, sports games, how-to videos,” Riemens told TheWrap. “We went to publishers, who integrated our videos into their articles.”

As the Dutch company conquered Europe, a handful of Arabic countries, South America and the United States, Riemens realized it was foolish not to use YouTube. The company quickly made up for lost time.

Zoomin.TV distributes more than 14,000 YouTube channels, and claims it is Europe’s largest multi-channel network. Yet the company is also far bigger than any one platform, which is more than most networks can say these days.

It operates in 35 different markets, 14 different languages and syndicates its videos to more than 2,000 websites.

As Riemens opens his company’s first office in United States, he sounds more interested in plucking a few talented people from YouTube and plugging them into his company’s deals with other publishers. While half of Zoomin.TV’s audience is on YouTube, the company makes five times as much for its videos that appear on other sites.

“It makes it so interesting for all the producers in our MCN,” Riemens said. “Every video outside of YouTube needs to get 20 percent of the views to make the same money.”

TheWrap spoke with Riemens about expanding into the US, using YouTube as a farm system and the future of his company.

Multi-channel network is an umbrella term for companies that do a lot of different things. What is your specialty?
We know how to drive traffic. The video environment has been powered by TV footage; TV footage does not drive traffic. The AP and Reuters and the BBC all tried the online environment and didn’t succeed. TV stuff doesn’t work on the web. It’s a different animal, it’s a different way of programming and producing. The title is more important than footage itself.

Are people watching videos on sites that you own or publishers?
When we started we didn’t have our own site that we owned and operated. We went through publishers. We took the cost of producing the video, and asked other people to just drive traffic.

Where did all the viewers go? The consumption of video has gone up. The platforms stepped in — Dailymotion, and YouTube. When they stepped in, video lived on its own.

And so you started on YouTube.
Two years ago we said, “Why are we not doing this on YouTube?” We have high quality-productions we can put on YouTube in English. In a couple of months, we did 12-13 million views a month and were over 600,000 subscribers. We had 35 channels.

After one year, channels came up to us and said “Can we connect?” We have five main MCNs and in June or July of last year it really started growing. We now have more than 14,000 channels and are closing in on one billion impressions month.

The MCN is a spin-off of what we always did. We were already feeding videos to 2,000 publishers worldwide. YouTube is just 2,001. But it got really big really fast.

Why did channels reach out to you?
We had a lot of gaming channels, and they said, “You have this awesome gaming portal; can we join? We’re running into situations with other multi-channel networks, can you provide us something more friendly?” Older multi-channel networks lock in people for five years and a 50-50 share. Now everyone gets a 70, 80, 90 percent payout.

How big a part of your business is on YouTube relative to off?
In terms of audience it’s 50/50.

And financial?
We make five times more money on off-YouTube video than on-YouTube.

Where are you putting your videos off  YouTube?
We’re building on Daily Motion, and when it comes to audience on classical networks, people watch videos on YouTube. If you combine all 2,000 Yahoos we do business with, it is the other 50 percent.

And you own those videos?
In 80 percent of the situations, the videos are only from us. Nobody else has that footage.

And you monetize off YouTube at a much higher rate.
That makes it so interesting for all the producers in our MCN. We have 14,000 of them, which is way too much. For the top few hundred, every video outside of YouTube needs to get 20 percent of the views to make the same money.

Do you push those creators onto Daily Motion or Yahoo?
What were doing with the producers on YouTube is see where are the talents, and cherry pick all the talents and help them create better and new programs. We can use them worldwide to make them go anywhere.

Why are you expanding into the United States?
It’s the largest country in our portfolio. We are opening offices in Miami for the Spanish market and one in New York as our North American head office. With Sao Paulo, those are our two main offices on the other side of the Atlantic.

We set up a sales house in every country we were operating; that’s how we make money and how we are able to grow.

You already do a lot of business here; 25 percent of your views comes from the U.S. Where is there room to grow?
There is a huge amount of mid-level publishers we’d like to do business with. Fifty percent of any U.S. publisher’s audience is from outside the United States, which means fifty percent of it is hard for publishers to monetize. It’s the U.K., Australia, Scandinavia, Spain, Latin America.

A lot of publishers have problems with monetizing that traffic because it’s hard to sell to advertisers in the United States. We take care of that. We can monetize globally.

You just made a deal with the Washington Post. Is that what you are doing for them?
That is more specific. They have a great name in Europe. We take their content and can translate it into Italian, German and Polish so the brand connects to local brands and national brands in Europe.

So if I were in Florence…
You would go to one of the Italian newspapers and it would run Washington Post videos on their websites.

Only for video?
All the videos on WashingtonPost.com, fifty percent of the viewers come from outside the United States. People want to watch from Brazil, but U.S. brands are not interested. Brazilian brands are. We can take that IP, and make sure the Washington Post viewers get commercials from their country.

And you share the money?
We offer subscription models, so you can buy our videos. There are deals where publishers want to share revenue for the videos they sell.

The tier below that says we don’t have a way to monetize. We monetize the traffic and share the revenue. They get our player. That’s what we’re looking for.

So you put up almost nothing, and it’s all upside.
Yeah, okay. [Laughs] That’s also true.

TheWrap's Lucas Shaw covers the intersection of digital and Hollywood