This story about Zach Baylin first appeared in the Down to the Wire Issue of TheWrap’s awards magazine.

The assignment was simple, according to “King Richard” producer Tim White. “It was a case,” he said, “of going to a writer and saying, ‘It has to be the one script that everyone in town is talking about. Go.’”

The writer he settled on was Zach Baylin, who’d never before had a produced script. Fortunately for Baylin, Tim White and his brother and partner Trevor White weren’t quite so explicit about saying they needed him to produce Hollywood’s buzziest screenplay for their film about Richard Williams, the hard-driving father of future tennis champions Venus and Serena Williams. “I don’t know if they let me into the room that much at the beginning,” said Baylin, who ended up landing an Oscar nomination with his first feature screenplay credit. “But it was pretty clear that having a script that got attention was going to be necessary to get the Williams’ family’s involvement.”

Tim White had had the idea to make the film a few years earlier — but sending an email to Venus predictably drew no response, and he knew the next step had to be “a script that was absolutely undeniable.” He met with writers from 2015 to 2017 without ever finding anyone he thought could deliver that. “We heard every different permutation of the movie,” he said. “We heard everything from ‘It’s the entire story, from 1978 to 2000,’ to ‘The whole movie is the road trip from Compton to (tennis coach) Rick Macci’s academy (in Florida).’”

Finally, they met with Baylin in New York about a different project — but when the writer announced that he was going to the U.S. Open tennis tournament that night, they told him about their Richard Williams idea. “I knew in a moment that this was an incredible idea and Richard was a once-in-a-lifetime character,” said Baylin, who’d been working in the business while trying to get his writing career off the ground for more than a decade. “I was at a point in my career where I wasn’t being offered the choice cuts of meat, but this was a lightning-strike moment.”

He didn’t walk out of the room with the job, but he persuaded the Whites to give him a couple of days. “I think they were down the road with somebody else, and I had a couple of other things on my plate, but I said, ‘Please hit pause on what you’re doing, and I’ll stop everything I’m doing.’ I went home that weekend, didn’t sleep and ingested everything I could about the Williams family. And I found what I thought was the core of the movie. Richard had gone through such a horrendous childhood and had experienced so much racism and poverty and had so much to prove to the world. I felt that if the audience could understand what experiences he was bringing and what he was looking for that was larger than tennis, people would go on that ride. And I sent an email that basically laid out the whole thing.”

“That email was the movie,” Tim White said. “Zach connected with the story in a way I’d never seen a writer connect with something.” 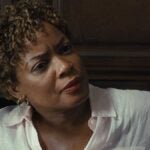 Baylin still had problems grappling with the scale of the story, which began well before Venus and Serena was born, when Richard Williams decided to have two more daughters and make them tennis greats. “In some ways, the moment of inspiration that ignites this story happens 12 years before the movie begins,” he said. “That would be an incredible scene to write, but I never wanted the film to become that sprawling. I had to let the audience know about the inception of the plan and how insane and improbable it was, but also to make it feel urgent, which was tricky.”

Recently, Baylin said, he and the Whites went back and reread that email he sent them a couple of days after first hearing about the story. “It’s pretty close to what the movie ended up being,” he said. “I’d never done that before, and I haven’t done it since.”