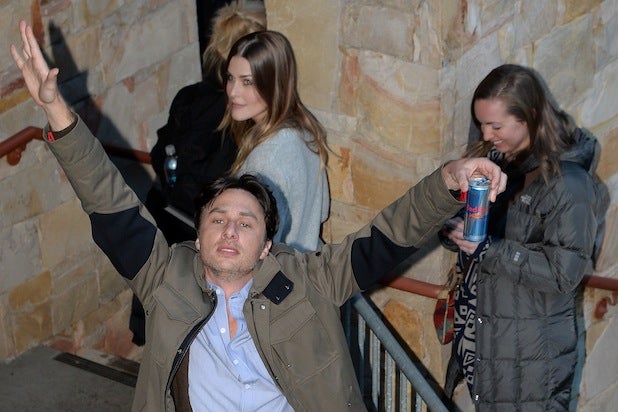 “We are thrilled to be in business with Zach Braff. ‘Garden State’ was a huge benchmark in the world of independent film, and we are looking forward to continuing to support Zach and his unique voice. With ‘Wish I Was Here,’ he has once again delivered a film that perfectly captures something essential about our lives, and presents it with the laughter and emotion we all recognize.”

Focus Features is in final negotiations to acquire domestic distribution rights to Zach Braff‘s sophomore feature “Wish I Was Here,” an individual familiar with the intense bidding process has told TheWrap.

Braff’s successful crowdfunding gambit didn’t just get him more than $3 million of his $5 million budget; it also got a built-in audience, many of whom were in attendance at the film’s Saturday premiere. Michael Shamberg and Stacey Sher, whom Braff credited with the Kickstarter idea after the screening, produced with Braff’s brother and Worldview Entertainment.

It was Focus’ first major Sundance pickup since its merger with FilmDistrict, which saw the departure of CEO James Schamus in favor of Schlessel, in addition to other major turnover.

CAA negotiated the deal on behalf of the filmmakers.