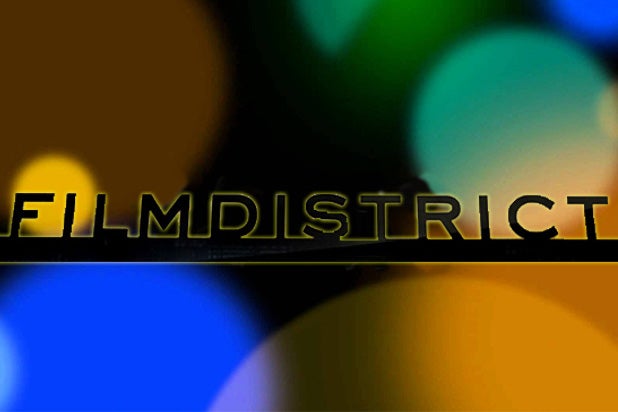 That’s the takeaway from Universal’s announcement on Tuesday, which unveiled the label’s new executive team.

Former CEO James Schamus’ co-CEO Andrew Karpen will leave the company, which means neither of Focus’ leaders will have any involvement in the specialty division’s future operations. The two executives who ran FilmDistrict — CEO Schlessel and COO Adrian Alperovich — are taking their place.

Most other top FilmDistrict executives will also transition to Focus, including the presidents of marketing (Christine Birch), distribution (Jim Orr) and acquisitions (Lia Buman). The lone Focus holdovers are in publicity and production, but FilmDistrict only had a theatrical publicity chief — not a corporate communications executive.

As for production, FilmDistrict’s strength lay in distribution while Focus’ Jeb Brody is already at work on “Fifty Shades of Grey.” That project, the most important at the studio at the moment, was already an outlier.

This shift loomed when Universal first announced Schamus would be stepping down and Schlessel would be taking over. In its prior press release, Universal said that the specialty label would now make a wider variety of films and an individual close to the matter said Focus would take “a different direction.”

Yet that release also promised the executive team would be “comprised of key leaders from within the ranks of both FilmDistrict and Focus.”

Universal and Focus continue to assure TheWrap Focus will keep making the movies it is best known for —  intimate, powerful stories like this year’s “Dallas Buyers Club.”

When the dust settles in a few weeks, Focus will employ a good balance of holdovers and new folks from FilmDistrict. Yet Focus was also a much larger company than FilmDistrict, and it will lose more people.

Tuesday’s announcement placed FilmDistrict executives in almost every key position, and the reason for this is crystal clear: Focus’ new direction.

Schamus and Karpen prided themselves on being prestige guys — even animated releases “Coraline.” “9” and “Paranorman” had pedigree.

But Universal wanted Focus to expand its slate to include more commercial movies than in years past — more action movies, horror films and genre thrillers. Just the kind of thing FilmDistrict has excelled at, with titles like “Olympus Has Fallen,” “Insidious” and “Drive.”

Focus will also acquire a lot more movies, increasing its annual output to as many as 10 films a year.

It will operate more like a subsidiary of Universal than it did when it was based in New York, 2,500 miles away. While Focus lost autonomy a few years ago, it has now surrendered even more independence by moving to Los Angeles under the watchful eye of Universal chairman Donna Langley.

Though Schlessel is a strong leader, the founder of ScreenGems is also comfortable running a studio within a studio.

Finally, it means the independent producers who relied on Focus as a benefactor of filmmakers and advocate for unique voices might have to pitch a different kind of movie.

“Focus has been a special place for filmmakers,” one producer who has worked with Focus in the past told TheWrap. “I hope it continues to be.”