James Corden had a bone to pick with Zachary Levi on Monday night’s “The Late Show,” playfully calling out the actor for faking a British accent to get a role in a Disney film.

Corden humorously called out Levi as he asked him about pretending to be English, ripping him with a very English retort: “And I want to say, on behalf of my country, how dare you!”

Levi quickly turned the exchange around, pointing out British actors often get roles as Americans, before explaining his fake accent audition occurred for “Tangled” (which readers will note he didn’t actually have to use an English accent for, but more on that later). 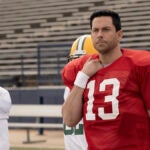 “When I was in ‘Tangled’ for Disney which is such an incredible film, such an incredible experience, but yeah, they thought Flynn Ryder, the role that I ultimately played … they wanted him to have an English accent and they wouldn’t even see American actors,” Levi explained.

The actor said his voiceover agent fought for him and he managed to be one of the only Americans who got an audition.

“And then then they gave me the job — based on my English accent,” Levi explained. “And then later, they said, ‘You know what? I think we’re going to do it with an American accent. Can you do that?’ I’m not even kidding. And I was like, ‘Yeah, I think I can do that.'” 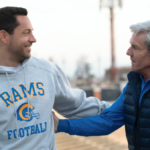