This article about Zoe Kazan first appeared in the Actors/Directors/Screenwriters issue of TheWrap’s Oscar magazine.

Zoe Kazan is not the only actor who also wrote a movie this year, but she’s probably the only one who wrote one film that’s in the awards race and then starred in a completely different film that’s also a contender.

And she’s definitely the only person who starred in one movie, wrote another and also had her first baby in the midst of her busy year.

But that is Zoe Kazan’s 2018. She co-wrote the quietly devastating family drama “Wildlife” with the film’s director and her partner, Paul Dano; the Richard Ford adaptation premiered at Sundance, went to Cannes and then opened in October. She played one of the lead roles in the Coen brothers’ darkly comic anthology Western “The Ballad of Buster Scruggs”, which premiered at the Venice Film Festival on August 31 and was released in November. And in late August, she gave birth to a baby girl, Alma Day, whose impending arrival she and Dano had managed to keep under wraps for her entire pregnancy. 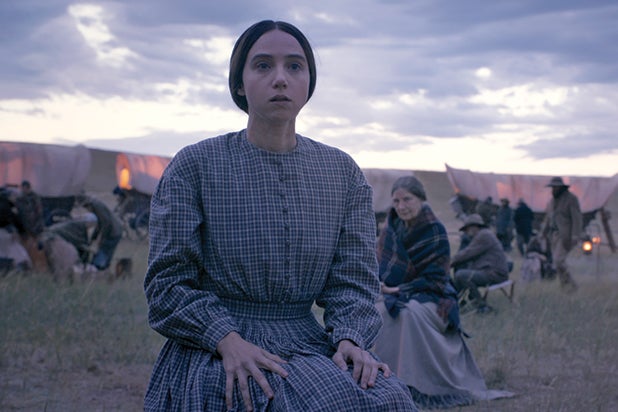 “The Ballad of Buster Scruggs” / Netflix

“It’s very strange to have ‘Wildlife’ and ‘Buster Scruggs’ coming out, and then also have an infant at home and be completely immersed in that while also putting these different kind of babies into the world,” she said on one of the New York-based couple’s frequent trips to Los Angeles this fall.

Then again, Kazan has always been pretty good at multitasking. The daughter of screenwriters Nicholas Kazan (“Frances”, “Reversal of Fortune”) and Robin Swicord (“Memoirs of a Geisha”, “The Curious Case of Benjamin Button”) and the granddaughter of legendary film and theater director Elia Kazan, she wanted to be an actress as a teenager — but, she said, “My parents were dead set that I go to college, have a real education and not be a child actor. I thought that was them ruining my life.” She went to Yale, worked on her writing but also acted in the theater and wrote plays.

And when she broke into films in 2007’s “The Savages” and later appeared in the likes of “Revolutionary Road” and “It’s Complicated,” she kept acting and writing in the theater, then added her first screenwriting credit with the 2012 film “Ruby Sparks,” one of several projects in which she and Dano have appeared together.

Around the time they made that film, they optioned the rights to Richard Ford’s spare novel “Wildlife,” a book set in 1960 and narrated by a teenage boy whose father inexplicably leaves the family to become a volunteer firefighter and whose mother embarks on an ill-advised affair. “Paul read the book three or four times and then said, ‘You should read this, I think there’s a movie here,'” she said.

“He’s very attracted to the illusion of simplicity in art, and Ford’s prose is like that: It’s so spare and muscular — and emotional, but all the emotion’s under the surface.” They optioned the book with their own money, and Dano took a crack at writing a first draft of the screenplay.

“In his mind it was a real draft, but it was really like a 60-page treatment,” she said with a grin. “I had a lot of notes, but it took about an hour to get through five pages of note-giving. So I said, ‘I think this would be easier and simpler if I just rewrote you. I can show you better than I can tell you.’ And he agreed immediately.”

Kazan was drawn to the spare story, to the teenage protagonist who felt to her like a version of Dano, and to the mother who doesn’t make the best decisions but is also blamed for attempting to take some agency in her own life.

“She is trying to make the only decisions she can make — she’s trying to make choices for herself that aren’t prescribed for her,” she said. “And while it felt absolutely contemporary to me that a woman’s choices can be conscribed like that, it felt particular to the period, how limited her choices were and how difficult it would be to have an identity separate from the archetypes of mother and wife.”

Also Read: 'Roma,' 'The Ballad of Buster Scruggs' and 'Bird Box' to Open in Theaters Ahead of Netflix Debuts 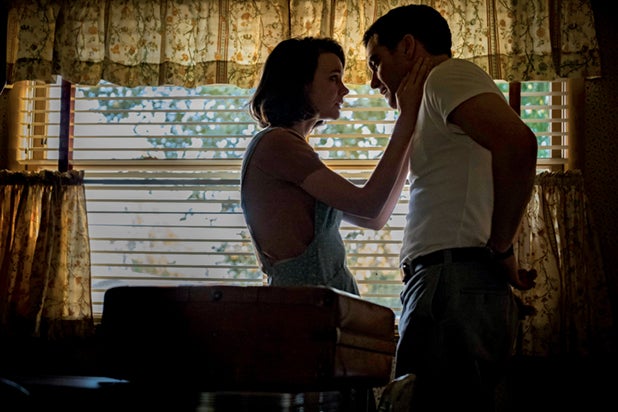 Using skills she’d learned in part from her parents, Kazan worked on Dano’s original script. “He had done a lot of heavy lifting, pulling what was juicy from the book and starting to translate it into cinematic image rather than prose,” she said. “But he hadn’t done that structurally — he hadn’t thought about how the book is structured in a way that might not be conducive to dramatic structure. But I was raised by two screenwriters. My parents would pause a movie we were watching and say, ‘This is the beginning of the second act.’

“So I took Paul’s draft and I literally cut it up with scissors, put it all over our living room floor and started moving things around, trying to figure it out.”

The script attracted Kazan’s old friend Carey Mulligan, with whom she’d appeared onstage in “The Seagull” a decade earlier, as well as Jake Gyllenhaal as the father and newcomer Ed Oxenbould as Joe. But it was never an option for Kazan or Dano to also act in “Wildlife”: “Making the movie was hard enough,” she said. “I think if we had taken on one more thing, it would have broken us.”

Besides, she had the Coen brothers and “Buster Scruggs” waiting in the wings. The film consists of six different Western tales; Kazan stars in the longest of them, playing Alice Longabaugh, a timid young woman who is traveling west in a wagon train to Oregon with her brother, who has big plans for his business that also involve marrying off Alice to an associate who may or may not be interested.

Like the entire film, the episode — which is titled “The Gal Who Got Rattled” — is consumed with issues of mortality and with a grim humor characteristic of the directors.

“They’re it for me,” said Kazan of the Coens. “I felt, ‘This is a once-in-a-lifetime chance, so why not be a total nerd about it?’ So I rewatched all of their films, and I saw the connections to all of these other films. I think it’s really speaking to ‘Barton Fink’ and ‘A Serious Man’ in particular. It’s that knife’s edge, that sense of death on one side and life on the other, humor on one side and tragedy on the other.”

Kazan’s partner for many of her scenes is Bill Heck, who plays one of the leaders of the wagon train — a bit of casting that brought her great comfort. “We did ‘Angels in America’ together Off Broadway eight years ago,” she said. “When I walked in for my callback on ‘Buster Scruggs,’ I was a mess. I knew that I was doing a chemistry read with someone, but I didn’t know who, and I was so scared. But when I saw his back in the lobby, I felt this wave of relief.

“With Bill, I had a real partner. I could call him at 6 a.m. in Nebraska when we were filming and say, ‘Can we get donuts and drive around and run lines for four hours before we go to work today?”

Kazan now has a role coming up in Lone Scherfig’s “The Kindness of Strangers”, as well as two scripts that she can’t talk about yet except to say that one is for Dano to direct. “Hopefully, one of those things will come to fruition,” she said. “And then I’m also home with the baby.” She smiled. “That part feels different.”