Zuri Craig, a member of the Craig Lewis Band, an “America’s Got Talent” Season 10 finalist, who was discovered by Tyler Perry on YouTube, died Friday at age 44, his family announced Sunday.

“It is with profound sadness that we announce the transition of our beloved son, brother and friend Zuri Craig,” his family confirmed through a tribute post posted to Craig’s ZoReMi Entertainment social media accounts Sunday. “We thank you in advance for your prayers. Please honor our privacy during this unimaginable time of mourning.”

Though no cause of death was revealed, the post noted that more information was “forthcoming.”

After posting a cover of “The Brady Bunch” theme song on YouTube in 2008, Craig and his musical partner Jeffrey Lewis caught the attention of director Tyler Perry, who skyrocketed the duo’s career when he invited them to join his stage musical “Madea’s Big Happy Family,” a welcome change from the pair’s restaurant jobs at the time.

The pair reenacted their performance on “The Oprah Winfrey Show” in 2010, when Oprah invited them up to the stage alongside Perry and Janet Jackson. 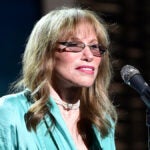 Also Read:
Carly Simon Mourns Death of 2 Sisters Joanna and Lucy: ‘Their Loss Will Be Long and Haunting’

Several years after collaborating with Perry in “Madea’s Big Happy Family” and “A Madea Christmas” in the early 2010s, Craig and Lewis made their “AGT” debut in 2015, where the pair made their mark on the show through memorable covers of Mary J. Blige’s “I’m Goin’ Down” — which earned a golden buzzer from Michael Bublé — and James Brown’s “It’s Man’s Man’s World.”

Though the duo ultimately placed fifth in the season, the Craig Lewis band continued their music, most recently releasing an album titled “Must Be Love” in 2016.

Through Craig’s ZoReMi Entertainment, the singer lead several stage plays in recent years, including “The Perfect Pastor,” “The Truth About Black Men,” “The House That Misery Built” and “A Social Media Christmas.” Craig was set to produce the stage play “Soul Food” in Atlanta, Georgia, in November and had posted a casting call for an original web series titled “Black Hollywood” in 2021. 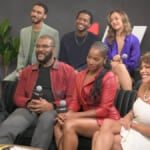