On Tuesday, it was announced that music company BMG and KKR, an investment firm, have acquired the band’s publishing catalog, as well as their recorded royalties and performance royalties income. According to the Wall Street Journal, the catalog is worth around $50 million.

“We are proud to continue working with and expand our long-standing relationship with BMG. This new deal ensures ZZ Top’s remarkable legacy will endure for generations to come,” ZZ Top manager Carl Stubner of Shelter Music Group said in a statement. 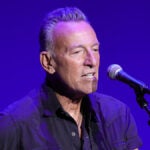 ZZ Top – guitarist and vocalist Billy Gibbons, bassist, keys and vox Dusty Hill, and drummer Frank Beard – formed in the early 1970s, playing blues-influenced rock. The bearded band hit it big in the 1980s on MTV thanks to catchy songs and eye-catching videos for songs like “Gimme All Your Lovin’” and “Sharp Dressed Man.”

They’ve released 15 albums across five decades, and famously appeared in “Back to the Future III.”

“This deal is a testament to the success, staying power and continuing musical relevance of ZZ Top, but also to the power of our partnership with KKR. This agreement furthers our vision of providing artists and songwriters not just a financial exit, but also a vehicle committed to respecting and treasuring their artistry,” BMG CEO Hartwig Masuch said in a statement.

“We are excited to invest in ZZ Top’s iconic music and we look forward to collaborating with BMG and ZZ Top to further amplify the reach of their catalog,” KKR partner Jenny Box said in a statement. 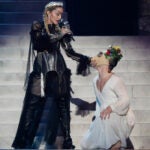 “We are saddened by the news today that our Compadre, Dusty Hill, has passed away in his sleep at home in Houston, TX. We, along with legions of ZZ Top fans around the world, will miss your steadfast presence, your good nature and enduring commitment to providing that monumental bottom to the ‘Top’. We will forever be connected to that ‘Blues Shuffle in C,’” the surviving members said in a statement at the time.