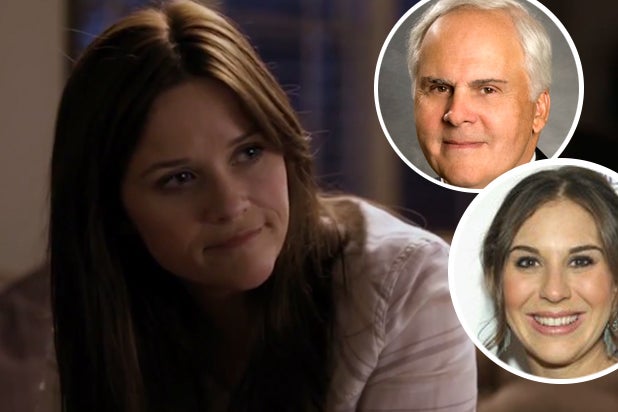 It’s nice to have supportive parents, especially in the movie business.

He got on the phone with TheWrap to discuss the project, calling it a fantastic movie.

“The big issue will be the marketing, because it’s an esoteric subject,” he said. “It’s an adult movie, not ‘The Avengers.'”

The entrepreneur and his daughter, producer Molly Smith, have a personal interest in the movie’s subject matter; they helped Lost Boy Joseph Atem after he arrived in the United States.

“One of our daughters met Joseph at church, and he only had the shirt on his back. We try to help a lot of young kids so we helped him go to college, and now he’s a PhD. So yes, it’s personal in that respect,” said Fred Smith, in an exclusive interview with TheWrap on Tuesday.

Molly Smith financed and produced the $17 million movie through her Black Label banner, which will also pick up the film’s marketing and distribution costs using the company’s film fund. Fred Smith said his daughter raised the funds from outside investors along with his equity investment.

The movie has become an all-in-the-family affair. Smith said Alcon, the financing company in which he is a primary investor, will receive a distribution fee for assigning “The Good Lie” one of its release slots via the company’s distribution deal with Warner Bros., which will put  the film out on Oct. 3.

Molly Smith used to have a first-look deal at Alcon through Belle Pictures before she elected to start Black Label with Trent and Thad Luckinbill, though she remains a board member at Alcon.

Alcon has sought to minimize its involvement in the wake of up to $30 million in losses from the disappointing performance of Johnny Depp‘s big-budget sci fi movie, “Transcendence.” “That was not a good one, that’s for sure,” Fred Smith lamented to TheWrap.

Black Label Media came aboard to finance and produce “The Good Lie” in 2012 after years of inactivity. Margaret Nagle developed the script in the Imagine Writer’s Lab, and Imagine co-chiefs Brian Grazer and Ron Howard produced the movie.

“Some people think there are similarities to ‘The Blind Side’ but I think it’s very different. I’ll be shocked if it’s not very well-received,” Smith boasted. Molly Smith did not respond to requests for comment.

“The Good Lie” is expected to premiere on the fall festival circuit at either Venice or Toronto. The film has been described as a “sweet” crowd-pleaser, the first third of which is set in the Sudan before the action moves to America. A studio insider told TheWrap that executives do not expect “The Good Lie” to be a major awards contender.

The Lost Boys of Sudan is a group of tens of thousands of young men who were displaced by the second Sudanese Civil War during the 1980s, 1990s and 2000s. The war was resolved by a cease-fire that granted South Sudan autonomy and scheduled a referendum for its independence, which has since occurred.

Philippe Falardeau (“Monsieur Lazhar”) directed the movie, which follows four boys who fled Sudan as violence tore the country apart. After spending years in a refugee camp, they were selected to come to the U.S. and got a new lease on life with a brash American woman (Witherspoon).