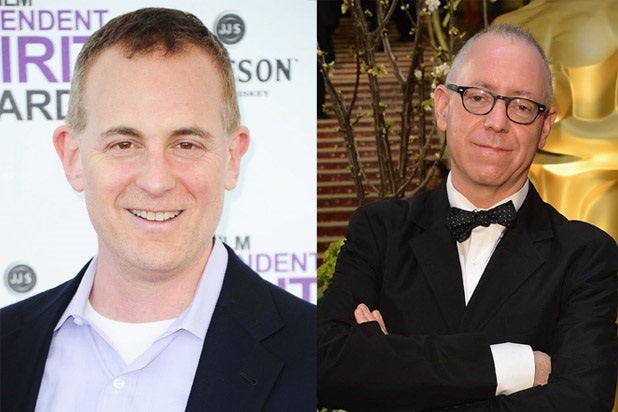 FilmDistrict founder and chief executive Peter Schlessel will transition to Focus Features as its chief executive and lead an expansion of the specialty label, Universal Pictures said Wednesday.

Current CEO James Schamus, who co-founded Focus Features more than 12 years ago, will leave the company to concentrate on Ang Lee’s next film, which he is producing with Lee and developing at Universal.

The changes will take effect in January 2014, and Schlessel, a veteran film exec with studio and indie experience, will report to Universal Pictures Chairman Donna Langley. Focus will be moving its headquarters to Los Angeles.

FilmDistrict will be shut down as a distributor, and it is expected that most of the roughly 45 employees will come over to Focus with Schlessel. FilmDistrict films set for release after January 2014 are expected to be absorbed into the reconstituted Focus Features.

“Peter is one of the most talented executives in the industry and I’m confident that under his leadership, Focus will become even more of a force as the specialty film business continues to evolve,” Langley said in a statement.

Schlessel will try to broaden the types of films that Focus distributes and increase the number of film it releases to as many as 10 films per year. He brings decades of experience in the filmed entertainment industry both at FilmDistrict as well as overseeing production and acquisitions at Sony Pictures among other senior leadership positions.

“It is a great honor to be joining Donna and the other talented executives at Universal Pictures,” said Schlessel. “The Focus brand is respected throughout the industry and we intend to build on this while expanding the perception of what constitutes a Focus Features film,” said Schlessel.

Schamus called it an “amazing and joyous run” at Focus.

“I wish Peter all the best with the next chapter, and look forward to working with my great colleagues at Universal on Ang’s movie and many more to come” he said. Lee’s movie is about the boxing world of the 1960s and 1970s, seen through the prism of its biggest rivalries and greatest fights, including the Joe Frazier-Muhammad Ali showdown known as the “Thrilla in Manila.”

Schamus has been a long-time collaborator with Lee, having written or co-written many of his films dating back to “Pushing Hands” in 1992.

Also read: How ‘Olympus Has Fallen’ Pulled Off the Year’s Biggest Box-Office Surprise

Recent FilmDistrict releases include the surprise hits “Insidious: Chapter 2” and “Olympus Has Fallen,” as well as “Looper,” “Evil Dead,” “Safety Not Guaranteed” and “Drive.”