Every Academy Awards season provides a little slice of history, but more Oscar records could fall with Tuesday’s announcement of the nominations. Here are some of the landmarks that could conceivably be reached:

• If Jane Campion is nominated for Best Director for “The Power of the Dog,” she’ll become the first woman ever nominated twice in the category. (She was previously nominated for 1993’s “The Piano.”)

• If “The Power of the Dog,” “Don’t Look Up” and “tick, tick…BOOM!” are nominated for Best Picture, Netflix will become the first studio since United Artists in 1976 with three Best Picture nominations. It’s worth noting, though, that in all but 12 years in that 46-year stretch, there were only five nominees in the category, which made it much harder to get three. Between 1931/32 and 1943, a 12-year stretch with between eight and 12 best-pic nominees each year, there were 10 different instances in which a studio had three, four or five of those nominations. 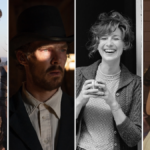 • If “West Side Story” and “tick, tick…BOOM!” are both nominated for Best Picture, it’ll be the first time since 1968 that the category has included two full-fledged musicals (unless you count “Bohemian Rhapsody” and “A Star Is Born”). In 1968 it was “Funny Girl” and “Oliver!” — the latter actually won Best Picture.

• If Denzel Washington is nominated for “The Tragedy of Macbeth,” it’ll be his 10th nomination, extending the record he already holds as the most nominated Black actor ever. (Eight of his previous nominations are for acting, one for producing.)

• If Troy Kotsur is nominated for his supporting role in “CODA,” he will become only the second deaf actor nominated — and the first since his “CODA” co-star Marlee Matlin won Best Actress for 1986’s “Children of a Lesser God.”

• If “West Side Story” is nominated for Best Picture, Steven Spielberg will break his own record as the person with the most best-pic nominations. He currently has 10.

• If Peter Dinklage is nominated for “Cyrano,” the character of Cyrano de Bergerac will become the fifth character to produce three different Oscar nominations, after previous nominations for José Ferrer (1950) and Gerard Depardieu (1990). The others were Queen Elizabeth I; King Henry VIII; and the two lead characters in the various iterations of “A Star Is Born,” Esther Blodgett/Vicki Lester/Ally Campana and Norman Maine/Jackson Maine. 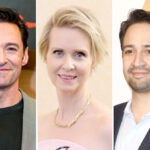 • If “Be Alive” from “King Richard” and “Guns Go Bang” from “The Harder They Fall” are both nominated for Best Original Song, Beyonce and Jay-Z will be the first married couple to ever compete against each other in an Oscar category. (She co-wrote the former, he co-wrote the latter.)

• Speaking of married couples… If Penélope Cruz is nominated for “Parallel Mothers” and Javier Bardem is recognized for “Being the Ricardos,” the Spanish duo would join a short list of married couples nominated in acting categories in the same year — and likely the first in 55 years. Alfred Lunt and Lynn Fontanne did it in 1932, followed by Laurence Olivier and Vivien Leigh in 1940, Charles Laughton and Elsa Lanchester in 1957, Rachel Roberts and Rex Harrison in 1964 and Richard Burton and Liz Taylor in 1967.

• If “Guns Go Bang” and “Just Look Up” from “Don’t Look Up” are both nominated for Best Original Song, Scott “Kid Cudi” Mescudi will become the first person since 1982 to be nominated for two songs from different movies. Songwriters have frequently been nominated for two or even three songs from the same movie, but in recent years no one has done it from different movies — although prior to 1964 the feat was accomplished 16 times, with Sammy Cahn alone doing it four times.

• If “Automatic Woman” from “Bruised” is nominated for Best Original Song, H.E.R. will join Diane Warren as the only person in the last decade to be nominated in back-to-back years. (Of course, Warren has done it four times in that stretch.) 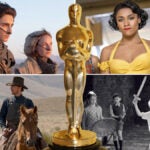