The 2022 Tribeca Festival will feature world premieres of Ray Romano’s directorial debut “Somewhere in Queens” and “Corner Office,” a workplace satire starring Jon Hamm and Danny Pudi, among many others.

Tribeca announced on Tuesday its full lineup of features and shorts, including documentaries and animated films. In all, 110 feature films will play at the festival from 151 filmmakers across 40 countries, with 88 being world premieres.

Romano also stars in his film “Somewhere in Queens” alongside Laurie Metcalf, Tony Lo Bianco, Sebastian Maniscalco and Jennifer Esposito. The film is about an Italian-American dad from Queens who gets increasingly involved in ensuring his son’s high school basketball success. “Corner Office” is directed by Joachim Back and stars Hamm as a straight-laced employee who retreats to a blissfully empty corner office to get away from his lackluster colleagues, only to find that his move upsets them immensely.

The closing night film of this year’s Tribeca will be “Loudmouth,” the world premiere of a documentary about Reverend Al Sharpton as directed by Josh Alexander. It joins the previously announced opening night movie “Halftime,” which is a Netflix documentary about Jennifer Lopez. Other documentaries highlighting the lineup include new movies from Sam Pollard, Lizzie Gottlieb and Alex Winter and other films about the lives of Marc Bolan, Yogi Berra, Rosa Parks and a musical documentary about Rudy Giuliani.

The lineup in all features 50 first-time directors, as well as 32 filmmakers who are returning to Tribeca with their latest projects. 46% of the features are directed by women, 34% are from BIPOC directors, and 8% are from LGBTQ+ directors. 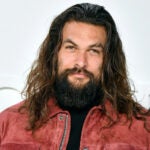 This year’s festival will also include live conversations and performances by Lil Baby, Machine Gun Kelly, Of Monsters and Men, as well as talks with LeVar Burton and John McEnroe.

“This 2022 feature film program leaves us proud and humbled by the boundless ingenuity and passion of our indefatigable filmmaking community,” festival director and VP of programming Cara Cusumano said in a statement. “Whether a comedic breath of fresh air or a trenchant expose of the most urgent contemporary issues, this year’s official selections again remind us of the vitality and urgency of independent film in a world that needs it more than ever.”

Tribeca 2022 runs from June 8-19 and will take place in venues across New York’s many neighborhoods.

The full feature and short film line-up can be found at tribecafilm.com/festival. 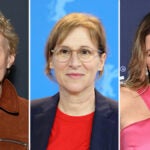