Danny Boyle’s 2002 film “28 Days Later” was a watershed moment for horror cinema, bringing back a moribund subgenre (the zombie film), establishing Cillian Murphy as a genuine star and proving that Boyle could literally do any genre he wanted and probably succeed. Now, 20 years later, in a retrospective piece by NME, Boyle and Murphy say they’re ready to return for a new sequel, once again written by Alex Garland who has completed a script.

Murphy said the sequel is still very much on his mind. In the first film he played a bicycle messenger who awakens from a coma to a nearly abandoned London, full of zombies. He survives the film but doesn’t appear in the follow-up, “28 Weeks Later,” which was directed by Juan Carlos Fresnadillo and written by Fresnadillo, E. L. Lavigne, Jesus Olmo and Rowan Joffé. (The sequel starred Robert Carlyle, Jeremy Renner, Idris Elba, Rose Byrne and Imogen Poots.)

“Every time I do bump into Danny or Alex I always mention it. Because I showed it to my kids recently, some Halloween about four or five years ago, and they loved it. It really stands up, which is amazing for a film that’s 20 years old,” Murphy told NME. “So yeah, I love the idea and it’s very appealing to me.” 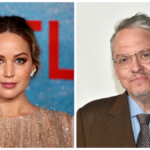 Boyle confirms that Garland wrote the third movie a couple of years ago and that the core of the movie had a “lovely idea.” ““I’d be very tempted [to direct it]. It feels like a very good time actually. It’s funny, I hadn’t thought about it until you just said it and I remembered Bang, this script! which is again set in England, very much about England,” Boyle said.

As to the likelihood of the project seeing the light of day, Boyle (who recently helmed the miniseries “Pistol” for FX) seems somewhat optimistic, if only because of the current state of theatrical moviegoing.

“It might come back into focus because one of the things that’s happening in the business at the moment is it has to be a big reason for you to go to the cinema, because there are less and less reasons,” Boyle explained. “It’s hard for companies distributing films and for cinema chains to show films, they’re struggling to get people into the cinema unless it’s something like ‘Top Gun: Maverick’ or a Marvel. But a third part would get people in, if it was half-decent.” 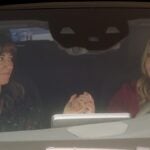 Also Read:
‘Dead to Me’ Season 3 Trailer: Jen and Judy Cover Their Tracks as the FBI Close in on Steve’s Murderer (Video)
x