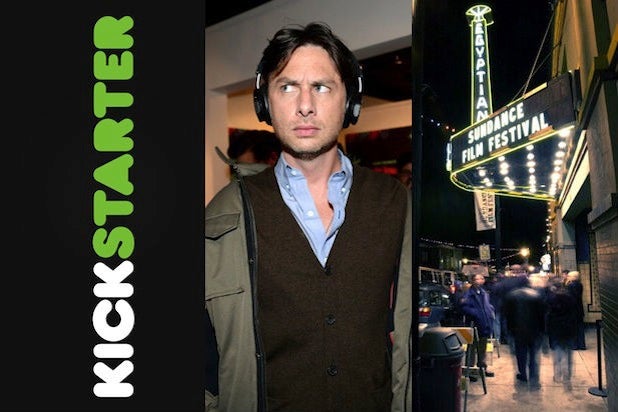 If you weren’t at Sundance this year, it’s just as well. The lack of a breakout, buzzy film that had everyone talking tells us something about the challenged state of independent film. While the festival had glimmers of excitement, the movies were – in the aggregate – interesting but not inspiring, thought-provoking but not thrilling.

In short, not essential enough to grab a distracted public’s attention.

The movie marketplace reflects this reality. Though the festival is not over yet, not a single bidding war has broken out thus far, the first time I can recall that being the case. And the movies that are selling are going for between $2 and $3 million at the high end.

There’s still a chance that an indie comet will come streaking out of the blue Wednesday or Thursday – and there’s still “They Came Together,” David Wain’s comedy with Amy Poehler and Paul Rudd coming Friday  (oh whoops, that movie already has distribution) – but overall, here are five lessons we’ve learned about the current state of independent film.

1. There are TOO MANY movies being made
We heard this remark from the New York Times’ Manohla Dargis on the Sunday before the festival, we heard it from leading finance agent Jay Cohen of  Gersh at TheWrap’s industry panel on Monday, and we see it in the middling quality of too many films that are not getting bought. The production tools that make filmmaking accessible to just about anybody are resulting in a glut of films that aren’t nearly good enough to attract an audience of consequence. How can we make it stop?  Barriers to entry, it turns out, are not necessarily a bad thing. It means that to get your film made, you have to really, really be committed to life as a storyteller, and that you will endure a lot for the privilege of telling it. That winnowing process is now missing.

2. Crowdfunding is creating a bottleneck
The wonderful financing platforms of Kickstarter and Indiegogo are fueling dozens of new projects. That’s a great thing for filmmakers, and a big problem for the indie business. Because now hundreds of movies are getting financed that have no prayer of financial return for the filmmaker. Yes, there is distribution on VOD and Vimeo and Netflix in addition to Sony Classics and The Weinstein Co. Good luck paying your rent with that revenue.

3. Movie Stars + Crowdfunding = Political Problems for Movie Executives
This is a corollary to the previous. Crowdfunding is encouraging movies stars like Zach Braff to take the plunge into a new financing method, encouraging their fans to contribute to the budget of the film they’ve always wanted to make that they system will not greenlight. But if the film isn’t good, and “Wish I Was Here” was decidedly mixed among critics, movie executives who are otherwise in business with the stars are in uncomfortable situations. They want to make the next David Fincher or Lena Dunham project with them, not distribute their indie pet. Makes for awkward moments on Main Street.

4. We need distribution for short form films that also helps the audience to know what to watch
Increasingly, the best talent is producing short-form content – Lucy Walker’s short doc at Sundance this year, “Lion’s Mouth Opens” is a good example – but where can we ever see these movies? We need a proper distribution platform and viewing habit to see them, and a curator to tell us which are worthwhile. This is an opportunity waiting to be realized.

5. There are many new buyers, but they don’t pay much
So we now supposedly have a wide array of distribution channels: traditional theatrical, VOD, streaming on Netflix/Hulu/Amazon and the like, iTunes, Snagfilms, Indieflix. The problem: none of it pays enough to support a proper filmmaking culture. Do we need to start thinking about a government-subsidized model like they have in Europe? (Short answer: that doesn’t work either. Their films aren’t any better.) New ideas, anyone?